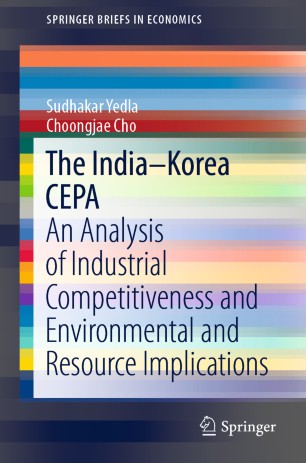 An Analysis of Industrial Competitiveness and Environmental and Resource Implications

This book assesses the changes that the Comprehensive Economic Partnership Agreement (CEPA) could produce by boosting the competitiveness of firms in India and Korea. It evaluates the CEPA in terms of its effects on the environment and natural resources of the importing and exporting countries alike. Further, it employs the revealed comparative advantage (RCA) and relative trade advantage (RTA) methods of analysis to gauge the influence of the CEPA on industrial competitiveness in both host and receiving countries. While the CEPA would increase trade between India and Korea in their respective strong domains, the book argues that, given the nature of the exported and imported goods and products, India would be more susceptible to serious environmental impacts than would Korea. The book subsequently presents these impacts in a qualitative framework and stresses the need for a comprehensive valuation of not only environmental impacts, but also the losses due to tariff cuts and the gains due to increased trade between the two countries.