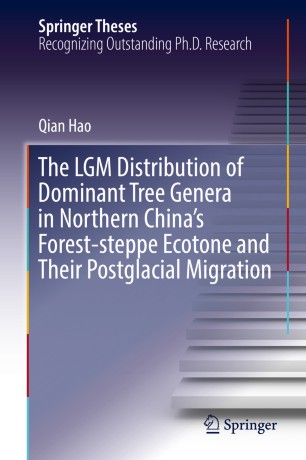 This book systematically discusses the vegetation dynamics in northern China since the LGM, with a focus on three dominant tree species (Pinus, Quercus and Betula). By integrating methods of palaeoecology, phylogeography and species distribution model, it reconstructs the glacial refugia in northern China, demonstrating that the species were located further north than previously assumed during the LGM. The postglacial dynamics of forest distribution included not only long-distance north-south migration but also local spread from LGM micro-refugia in northern China. On the regional scale, the book shows the altitudinal migration pattern of the three dominant tree genera and the role of topographical factors in the migration of the forest-steppe border. On the catchment scale, it analyzes Huangqihai Lake, located in the forest-steppe ecotone in northern China, to indentify the local forest dynamics response to the Holocene climatic change. It shows that local forests have various modes of response to the climate drying, including shrubland expansion, savannification and replacement of steppe. In brief, these studies at different space-time scales illustrate the effects of climate, topography and other factors on forest migration.