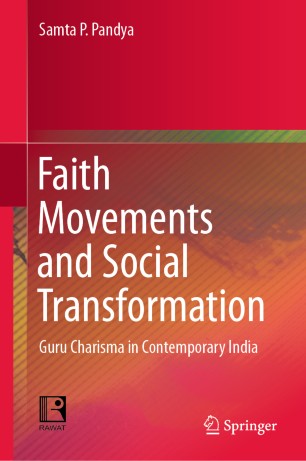 This book examines the role of Hindu-inspired faith movements (HIFMs) in contemporary India as actors in social transformation. It further situates these movements in the context of the global political economy where such movements cross national boundaries to locate believers among the Hindu diaspora and others.
In contemporary neoliberal India, HIFMs have become important actors, and they realize themselves by making public assertions through service. The four pillars of the contemporary presence of such movements are: gurus, sociality, hegemony and social transformation. Gurus, who spearhead these movements, create a matrix of possible meanings in their public discourses which their followers pick up to create messages of personal and social change. Sociality is a core strategy of proliferation across such movements and implies social service, which is qualified by memories of the guru and what they are believed to embody. Hegemony is reflected in the fact that social service in such movements often ominously imbibes right-wing or far-right Hinduism. They propose a model of Hindu-inspired social transformation, involving faith building into and transforming the civil society. The book discusses in a nuanced way several Hindu-inspired faith movements of various hues which have made national and international impact.
This topical book is of interest to students and researchers in the fields of sociology, anthropology, social work, and social psychology, with a special interest in the study of religious movements.