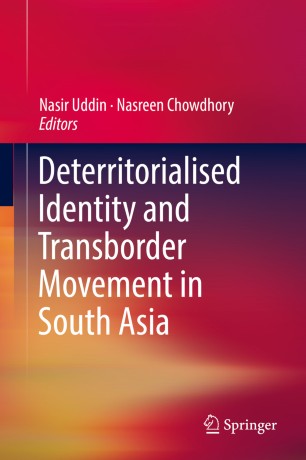 This volume is about migration across South Asia and the complex negotiation of borders by people and the states in the process. A border is understood as a form of demarcation, but it also opens up the flow of people, goods, and ideas of legality and illegality. Borders are dynamic and dyadic in the interface of state and non-state actors involved in border operations. Consequently, transborder movement becomes a complex web involving concerns of security, trade, militancy, and questions of citizenship, along with discourses of ghettoisation, belonging and otherness. Since the mid-20th century, the South Asian region has witnessed growing social and political instability and breakdown of regional cooperation. In this context, the volume casts a wide, interdisciplinary lens across South Asia and discusses economic migration as well as forced migration due to persecution and natural disasters. It looks at how understandings of ‘territoriality’ and ‘border’ become blurred due to increasing transborder migration in the region: how states in South Asia address transborder movements at both policy level and on the ground; and how borderlands become spaces for illegal trade and informal economy in South Asia and for negotiations between states and refugees on identity and citizenship.

This highly topical volume is for a wide group of scholars and students interested in South Asia, ranging from sociology, anthropology, political science, history, to interdisciplinary fields like migration studies, peace and conflict studies, and development studies.

Nasir Uddin is a Cultural Anthropologist and Professor of Anthropology at the University of Chittagong, Bangladesh.