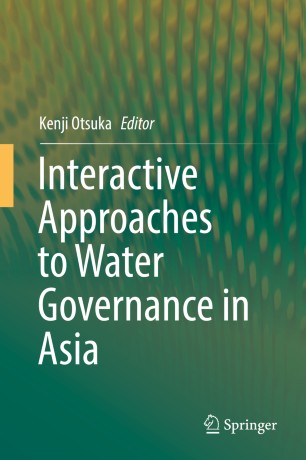 This book applies interactive perspectives, which have historically mainly been discussed in the context of Western European countries, to case studies on water governance in Asia. It examines how these perspectives can be used to reveal complex and dynamic interactions in water governance in Asia, and how interactions between policies and practices, as well as those between formal institutes and emerging informal institutes, come to pass. In two introductory chapters and seven case studies in Asia (two from China, and each one from Japan, Thailand, the Philippines, Indonesia, and India), the book reveals the interactive forms currently emerging in Asia under hierarchical but often fragmented administrative systems.

The book offers extensive information on the essential features of interactive forms, and on the role of such transdisciplinary approaches, making it a valuable resource not only for scholars and university students, but also for policymakers and grass-roots practitioners directly involved in the interactive process of water governance.

Kenji Otsuka is a Senior Research Fellow with the Environment and Natural Resource Studies Group at the Interdisciplinary Studies Center, Institute of Developing Economies (IDE), JETRO in Chiba, Japan. His research interests are in environmental issues, policies and social change in China, as well as multi-stakeholder governance for water, environment and health; and disaster risk reduction in Asia. He received his Master’s in Environmental Science and PhD in Environmental Studies from Tsukuba University. He has been involved in various joint research projects with Chinese counterparts, including both governmental research institutes and NGOs, at the IDE since 1993, and conducted a pilot research project based on community roundtable meetings to promote dialogue among local residents, enterprises and government in Taihu Lake Basin with his counterparts from 2008 to 2011. He also co-organized a joint research project on river and lake basin governance in China with the Wilson Center’s China Environment Forum from 2004 to 2011. He is a co-author of Development of Environmental Policy in Japan and Asian Countries, published by Palgrave Macmillan in 2007.