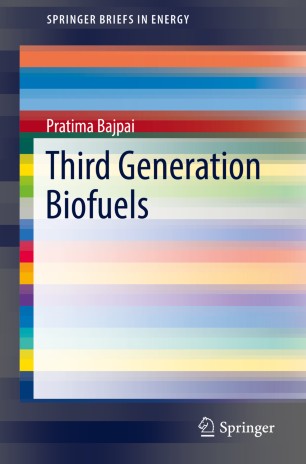 Growing concerns about the rapid depletion of fossil fuel reserves, rising crude oil prices, energy security and global climate change have led to increased worldwide interest in renewable energy sources such as biofuels. In this context, biofuel production from renewable sources is considered to be one of the most sustainable alternatives to fossil fuels and a viable means of achieving environmental and economic sustainability.

Although biofuel processes hold great potential to provide a carbon-neutral route to fuel production, first-generation production systems are characterized by considerable economic and environmental limitations. The advent of second-generation biofuels is intended to produce fuels from lignocellulosic biomass, the woody part of plants that does not compete with food production. However, converting woody biomass into fermentable sugars requires costly technologies. Therefore, third-generation biofuels from microalgae are considered to be a viable alternative energy resource, free from the major drawbacks associated with first and second-generation biofuels. This book examines the background of third-generation biofuel production; the advantages of algae over traditional biofuel crops; algal biomass production; algae harvesting and drying methods; production of biofuel from microalgae; and future prospects.

Dr. Pratima Bajpai is currently working as a Consultant in the field of Paper and Pulp. She received her PhD from the National Sugar Institute, Kanpur, India. She has worked at the University of Saskatchewan (Canada), University of Western Ontario (Canada), and Thapar Center for Industrial Research and Development (India). She has also worked as a visiting professor at the University of Waterloo, Canada and visiting researcher at Kyushu University, Fukuoka, Japan. Dr. Bajpai’s main areas of expertise are industrial biotechnology, paper and pulp, and environmental biotechnology. A recognized expert in her field, she has more than 150 publications in international journals and conference proceedings to her credit. She has written several advanced-level technical books for leading global publishers, has contributed to a number of chapters in books and encyclopedias, and holds 11 patents.