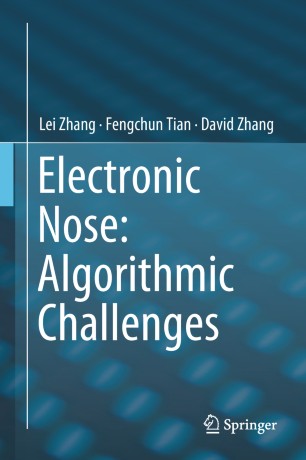 This book presents the key technology of electronic noses, and systematically describes how e-noses can be used to automatically analyse odours. Appealing to readers from the fields of artificial intelligence, computer science, electrical engineering, electronics, and instrumentation science, it addresses three main areas: First, readers will learn how to apply machine learning, pattern recognition and signal processing algorithms to real perception tasks. Second, they will be shown how to make their algorithms match their systems once the algorithms don’t work because of the limitation of hardware resources. Third, readers will learn how to make schemes and solutions when the acquired data from their systems is not stable due to the fundamental issues affecting perceptron devices (e.g. sensors).

The book offers a good reference guide for newcomers to the topic of electronic noses, because it refers to the basic principles and algorithms. At the same time, it clearly presents the key challenges – such as long-term drift, signal uniqueness, and disturbance – and effective and efficient solutions, making it equally valuable for researchers engaged in the science and engineering of sensors, instruments, chemometrics, etc.

Dr. Lei Zhang received his Ph.D degree in Circuits and Systems from the College of Communication Engineering, Chongqing University, China, in 2013. He was selected as a Hong Kong Scholar in China in 2013, and worked as a Postdoctoral Fellow at The Hong Kong Polytechnic University from 2013 to 2015. He was also a short-term Visiting Scholar at Tsinghua University and Harbin Institute of Technology (Shenzhen Graduate School). He was a Senior Visiting Scholar at the University of Macau from 2017 to 2018. He is currently a Professor/Distinguished Research Fellow at Chongqing University. Dr. Zhang has authored more than 70 scientific papers in various leading journals and conferences, five of which were named as Highly Cited and Hot papers by Thomson Reuters. His current research interests include machine learning, pattern recognition, computer vision, image classification and intelligent systems. He has been a reviewer for more than 50 journals, such as IEEE T-IP, IEEE T-MM, IEEE T-CSVT, IEEE T-IM, IEEE T-SMCA, IEEE T-IE, IEEE T-CYB, IEEE Sensors Journal, IEEE GRSL, Pattern Recognition, Information Sciences, Neural Networks, Neurocomputing, and Expert Systems with Applications.

Dr. Zhang was a recipient of the Best Paper Award by the Chinese Conference on Biometric Recognition in 2017; the 3rd place in the ACM MM RFIW Challenge Competition; the Outstanding Paper Award by Chongqing Association for Science and Technology, Outstanding Reviewer Award from the Sensor Review Journal in 2016; Outstanding Doctoral Dissertation Award of Chongqing, China, in 2015; Hong Kong Scholar Award in 2014; Academy Award for Youth Innovation of Chongqing University in 2013; and the New Academic Researcher Award for Doctoral Candidates from the Ministry of Education, China, in 2012.

Fengchun Tian received his B.Sc., M.Sc., and Ph.D. degrees in Radio Engineering, Biomedical Instruments and Engineering, Theoretical Electric Engineering from Chongqing University, Chongqing, P.R. China, in 1984, 1986, and 1996, respectively. Since 1984, he has been working as a teacher at Chongqing University and has been a Professor there since 2001. Since 2007, he has also been an Adjunct Professor at the University of Guelph, Canada. Currently, he is the Director of Key Laboratory of Chongqing for Bio-perception and Intelligent Information Processing. His research interests are electronic nose, image processing, biomedical and modern signal processing technology.

David Zhang (F’09) graduated in Computer Science from Peking University in 1974. He received his MSc in 1982 and his PhD in 1985 in Computer Science from the Harbin Institute of Technology (HIT). From 1986 to 1988 he was a Postdoctoral Fellow at Tsinghua University and then an Associate Professor at the Academia Sinica, Beijing. In 1994 he received his second PhD in Electrical and Computer Engineering from the University of Waterloo, Ontario, Canada. Since 2005, he has been a Chair Professor at the Hong Kong Polytechnic University, where he is the Founding Director of the Biometrics Research Centre (UGC/CRC) supported by the Hong Kong SAR Government. He also serves as Visiting Chair Professor at Tsinghua University, and Adjunct Professor at Peking University, Shanghai Jiao Tong University, HIT, and the University of Waterloo. He is the founder and Editor-in-Chief of the International Journal of Image and Graphics (IJIG); Book Editor, Springer International Series on Biometrics (KISB); Organizer of the International Conference on Biometrics Authentication (ICBA); Associate Editor of more than ten international journals, including IEEE TRANSACTIONS; and the author of more than 10 books, over 300 international journal papers and 30 patents in USA/Japan/HK/China. Professor Zhang is a Croucher Senior Research Fellow, Distinguished Speaker of the IEEE Computer Society, and a Fellow of both IEEE and IAPR.