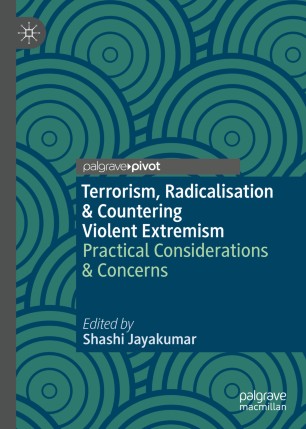 “This is an important and timely publication, bridging the gap between academia and practitioners to provide the latter with insights based on rigorous evidence-led research.”
— Dr Shiraz Maher, Director of the International Centre for the Study of Radicalisation, King’s College London
This book brings together research that covers perspectives and case studies on terrorism, radicalisation and countering violent extremism (CVE). Written by experts involved in these issues at the grassroots, the book bridges the academic-practitioner gap in the field. The proliferation of academic studies and conferences devoted to these subjects has meant that policymakers and practitioners in the same fields sometimes struggle to digest the sheer volume of academic output. The same critical questions keep coming up, but it is debatable the level to which there have been tangible improvements to our real state of knowledge: knowledge in especially in terms of what “best practices” exist in the field (and what can be translated, versus what approaches remain context- and location-specific).
Written in an accessible manner for the general interested reader, practitioners, and policymakers in the field, this volume comprises edited versions of papers presented at CVE workshops run by the Centre of Excellence for National Security (CENS) at the S.Rajaratnam School of International Studies (RSIS), Nanyang Technological University, Singapore, in 2016 and 2017.
Shashi Jayakumar was educated at Oxford University where he studied History (BA 1997, D.Phil, 2001). He was a member of the Singapore government Administrative Service from 2002-2017. During this time, he was posted to various Ministries, including the Ministry of Defence. He has been the Head of CENS since 2015.