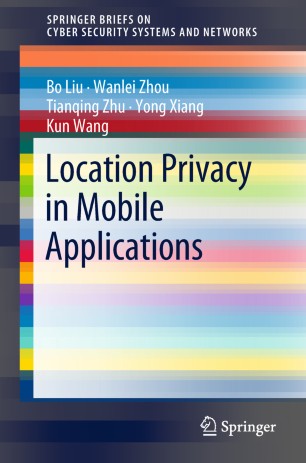 Bo Liu received his B.S. degree from Nanjing University of Posts and Telecommunications, China, in 2004 and his M.S. and Ph.D. degrees in 2007 and 2010, respectively, from Shanghai Jiao Tong University, Shanghai, China, all in Electrical Engineering. From 2010 to 2014, he was an Assistant/Associate Research Professor at the Electrical Engineering Department, Shanghai Jiao Tong University. He was a postdoctoral research fellow at Deakin University, Melbourne, Australia, from 2014 to 2017. He is currently a lecturer at the Department of Engineering, La Trobe University, VIC 3086, Australia. His research interests include wireless communications and networking, security, and privacy issues in wireless networks.
Wanlei Zhou received his B.Eng. and M.Eng. degrees from Harbin Institute of Technology, China in 1982 and 1984, respectively, and his Ph.D. degree from The Australian National University, Canberra, Australia, in 1991, all in Computer Science and Engineering. He also received a D.Sc. degree from Deakin University in 2002. He is currently the Head of School of school of software in University of Technology Sydney, Australia. He was an Alfred Deakin Professor and Chair of Information Technology, School of Information Technology. Professor Zhou has published more than 300 papers in refereed international journals and conference proceedings, and he has chaired numerous international conferences.
Tianqing Zhu received her B.Eng. and M.Eng. degrees from Wuhan University, China, in 2000 and 2004, respectively, and her Ph.D. in Computer Science from Deakin University, Australia, in 2014. Dr. Zhu is currently a senior lecturer in the school of software in University of Technology Sydney, Australia. Before that, she was a lecturer in the School of Information Technology, Deakin University. Her research interests include privacy preservation, data mining and network security.
Yong Xiang received his B.Eng. and M.E. degrees from the University of Electronic Science and Technology of China, Chengdu, China, in 1983 and 1989, respectively. In 2003, he received his Ph.D. degree from The University of Melbourne, Australia. He is currently a Professor at the School of Information Technology at Deakin University, Melbourne, Australia. He is also the Associate Head of School (Research) and Director of the Artificial Intelligence and Data Analytics Research Cluster. His research interests include information security and privacy, multimedia (speech/image/video) processing, wireless sensor networks and IoT, and biomedical signal processing. He has authored over 160 refereed journal and conference papers in these areas.
Kun Wang received his B. Eng. and Ph.D. degrees from the School of Computer Science, Nanjing University of Posts and Telecommunications, China, in 2004 and 2009, respectively. From 2013 to 2015, he was a postdoctoral fellow at the Electrical Engineering Department, University of California, Los Angeles (UCLA), USA. In 2016, he was a research fellow at the School of Computer Science and Engineering, the University of AIZU, Fukushima, Japan. He is currently a research fellow at the Department of Computing, Hong Kong Polytechnic University, China, and also a Full Professor at the School of Internet of Things, Nanjing University of Posts and Telecommunications, Nanjing, China. He has published over 100 papers in refereed international conferences and journals. He is a senior member of the IEEE and a member of the ACM. His current research interests are mainly in big data, wireless communications and networking, smart grids, and information security technologies.