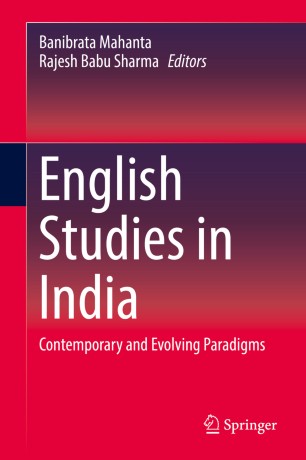 This volume is a collection of scholarly papers that explore the complex issues concerning English Studies in the present Indian context. The discussions in this volume range from historical perspectives to classroom-specific pedagogies, from sociological and political hierarchies to the dynamics of intellectual development in the English language environment. Interrogating both policy and practice pertaining to English Studies in the context of Indian society, culture, history, literature and governance, the chapters seek to formulate contemporary perspectives to these debates and envision alternative possibilities.

Since the introduction of English to India more than 2 centuries ago, the language has transmuted the very fabric of Indian society, culture, history, literature and governance. The idea of India cannot be conceived in its entirety without taking into consideration the epistemological role that English has played in its formation. The present globalized world order has added dimensions to English Studies which are radically different from those of India’s colonial and postcolonial past. It is therefore imperative that the multitudinous shades and shadows of the discipline be re-examined with inputs drawn from the present context. This volume is for scholars and researchers of English literature and language studies, linguistics, and culture studies, and others interested in exploring new paradigms of engagement with the disciplinary formulation of English Studies in India.

Banibrata Mahanta teaches English Literature at Banaras Hindu University, Varanasi. His areas of interest are Contemporary Theory, Visual Culture, Linguistics and ELT. His publications include Joseph Conrad: The Gothic Imagination and Disability Studies: An Introduction.  He has written on disability, old age, and on various aspects of postcolonial literature and theory, especially the iconography of Indian nationalism, Indian Writing in English, and English Studies in India. He has also authored and edited study material on folklore and culture studies for distance learning students. An occasional translator, he has translated poems, stories, and novels into both English and Hindi.

Rajesh Babu Sharma, Associate Professor of English, teaches literary theory and ELT at University of Lucknow, Lucknow. In his research and writing, his primary concerns have been ontology and epistemology of canon, marginality, gender identity, and the literary text. He has published a book, Canon After Deconstruction: Paul de Man's Perspective and more than a dozen articles in national and international journals. His areas of interest are critical theory, philosophy of language, hermeneutics, psychoanalysis and English Language Teaching.

“The volume … covers a wide range of areas which have surfaced prominently in the last three or four decades. The book will be considered a significant contribution to the study of English studies in India.” (Himadri Lahiri, Rupkatha Journal on Interdisciplinary Studies in Humanities, Vol. 12 (4), 2020)