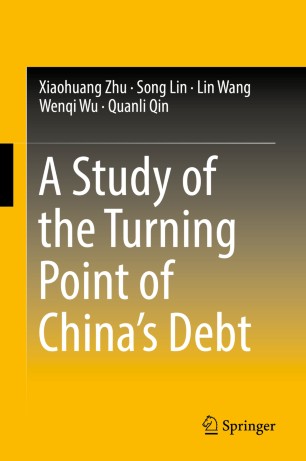 A Study of the Turning Point of China’s Debt

This book proposes a method for calculating China’s debt based on a quantitative econometric analysis. This is conducted by measuring the relationship between China’s debt size and economic growth.  The conclusion that is reached is as follows: China’s current debt has already exceeded the inflection point, and that means that it is now having an adverse effect on its economic performance.
The book also focuses on China's debt problems as a whole, highlighting debt issues faced by different entities and industries, as well as the ratio and structure of the virtual and real economies. The contents are presented in three major principles: theory, oriented,data, and  oriented policy.

Professor Zhu Xiaohuang was born on July 2, 1956 in Cili County, Hunan Province. He obtained his doctorate in International Economy from Lingnan College of Sun Yat-sen University in 2006.
Zhu previously worked in China Construction Bank as the executive director and then as deputy president /chief risk officer. In August 2012, he was appointed as the deputy general manager of CITIC Ltd. and president of CITIC Bank. In May 2014, Zhu became chairman of the supervisory board of the CITIC Group Corporation. He is a part-time professor at Renmin University of China, Wuhan University, Shenzhen University and Hunan University. As a senior economist, Zhu is entitled to the State Council Special Allowance. He also serves as the vice chairman of China Behavior Law Association and chairman of its Branching Financial and Legal Behavior Research Society. Professor Zhu has published a variety of monographs and collections of works including The New Study of Economic Law, Random Collections of Past Days, Lingnan Notes, Risk Management of Commercial Banks, Be Away from Iceberg, Weaving Net While Standing at Riverside, Value Banks and Faith in Wealth.