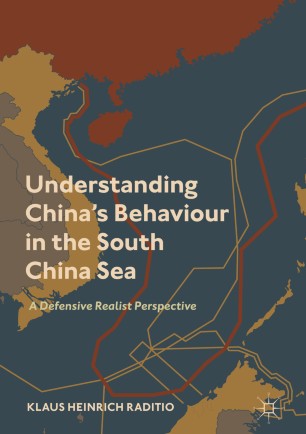 “The primary contribution of the book is to bridge the gap between International Relations theory and area studies, focusing on China’s foreign and security policies and its relations with Southeast Asia and the US. This is quite an achievement and immediate contribution to the existing literature.”

“Meticulously researched and eloquently presented, this balanced analysis offers a refreshing look at the rationales behind Beijing's SCS policy with theoretical rigor, empirical richness, and policy relevance. A welcome addition to the growing scholarship on the subject.”
—Jingdong Yuan, Associate Professor of International Security, the University of Sydney, Australia

“The book has shown the author’s excellent research capability in examining an empirical puzzle through a unique theoretical framework.”
—Kai He, Professor of International Relations, Griffith University, Australia

This book analyses the origins of security dilemmas in the South China Sea (SCS) and the significance of China’s actions in asserting its claim from the perspective of defensive realist theory. In its analysis, the book argues that security dilemmas in the SCS first arose between China and other SCS claimants, and then between China and the United States. Research in this book provides significant support to the defensive realist theory vis-à-vis offensive realism. It encourages adopting a reassurance policy to reach a peaceful resolution to the SCS disputes between China, the other claimants, and the United States. The book will be useful for policymakers, academics, researchers and students.

Klaus Heinrich Raditio received his PhD from the University of Sydney researching on China and the South China Sea. His Masters of Law in International Relations was awarded by Tsinghua University, Beijing.