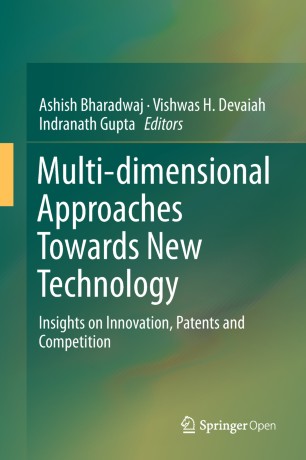 Insights on Innovation, Patents and Competition

This open access edited book captures the complexities and conflicts arising at the interface of intellectual property rights (IPR) and competition law. To do so, it discusses four specific themes: (a) policies governing functioning of standard setting organizations (SSOs), transparency and incentivising future innovation; (b) issue of royalties for standard essential patents (SEPs) and related disputes; (c) due process principles, procedural fairness and best practices in competition law; and (d) coherence of patent policies and consonance with competition law to support innovation in new technologies.

Many countries have formulated policies and re-oriented their economies to foster technological innovation as it is seen as a major source of economic growth. At the same time, there have been tensions between patent laws and competition laws, despite the fact that both are intended to enhance consumer welfare. In this regard, licensing of SEPs has been debated extensively, although in most instances, innovators and implementers successfully negotiate licensing of SEPs. However, there have been instances where disagreements on royalty base and royalty rates, terms of licensing, bundling of patents in licenses, pooling of licenses have arisen, and this has resulted in a surge of litigation in various jurisdictions and also drawn the attention of competition/anti-trust regulators. Further, a lingering lack of consensus among scholars, industry experts and regulators regarding solutions and techniques that are apposite in these matters across jurisdictions has added to the confusion. This book looks at the processes adopted by the competition/anti-trust regulators to apply the principles of due process and procedural fairness in investigating abuse of dominance cases against innovators.

Dr. Ashish Bharadwaj is Associate Professor in Jindal Global Law School, and Executive Director of the Office of Rankings, Benchmarking and Institutional Transformation at O.P. Jindal Global University. He also serves as founding Co-Director of Jindal Initiative on Research in Intellectual Property & Competition (JIRICO). His research is on the role of technology and innovation in shaping societies, technical standards/SSOs and patent licensing, national IPR policies as well as STI policies, especially in developing and emerging economies. He teaches courses in economics, economic analysis of law; innovation and society and technology policy. Dr. Bharadwaj is an affiliated faculty at the Center for IP Research, Maurer School of Law, Indiana University (Bloomington), USA and a visiting associate professor at the Institute for Innovation Research, Hitotsubashi University in Tokyo, Japan. He has been a Research Fellow at the Max Planck Institute for Innovation and Competition (Munich), Germany. He is a recipient of the Max Planck Society fellowship, and Erasmus Mundus scholarship awarded by the European Commission. He holds a Ph.D. from the Max Planck Institute for Innovation and Competition in Munich (LMU/University of Munich, Germany); LL.M. (European Master in Law and Economics) from Erasmus University Rotterdam, University of Hamburg and University of Manchester; M.Sc. in Economics from Madras School of Economics, College of Engineering, Anna University; and B.A. Honors in Economics from Delhi University.

Dr. Vishwas Devaiah is an Associate Professor at the Jindal Global Law School, Executive Director of the Centre for Intellectual Property and Technology Law (CIPTEL), and co-Director of JIRICO where he has led research and capacity building of JIRICO. Dr Devaiah also serves as the Managing Editor of JGLS’s flagship journal, Jindal Global Law Review, which is published by Springer. Dr Devaiah’s primary areas of interest are patent law, health law and biotechnology law. He has published widely and serves as a reviewer for the Asian Comparative Law Journal, the NUJS Law Review and the Indian Journal of Medical Ethics. He was awarded the 2015 Microsoft IP Teaching Fellowship to engage with researchers in University of Washington Law School in Seattle. He obtained a Ph.D. from the University of Liverpool, UK; an LLM degree from Warwick University, UK; and Bachelor of Law (BAL, LL.B.) degrees from University Law College, Bangalore University. His Ph.D. research was on the regulation of human embryonic stem cell research, titled ‘Protecting egg donors and patients in human embryonic stem cell research: A critical analysis of the current and proposed regulation in India’.

Dr. Indranath Gupta is an Associate Research Professor and Assistant Director of the Centre for Postgraduate Legal Studies and the Centre for Intellectual Property and Technology Law. He is a co-director of JIRICO, Assistant Dean (Student Initiatives), and a Senior Fellow at the Jindal Institute of Behavioural Sciences (JIBS). Dr. Gupta received his LL.B. degree from the University of Calcutta, India; holds an LLM with distinction from the University of Aberdeen, UK; and a postgraduate research LLM in Computer Law from the University of East Anglia, UK. He obtained his Ph.D. from Brunel University, London, UK. Dr. Gupta has been involved in qualitative and quantitative research. He was appointed as the research collaborator by the Università Bocconi, Milan, Italy, for a project funded by the European Commission under the 7th Framework Programm, and he is actively involved in a research project on copyright with researchers in  Nanyang Technological University in Singapore. Dr. Gupta has also worked as an advocate in a solicitor’s firm at the Calcutta High Court. He has published in European and Indian law journals and has spoken at international conferences and seminars. His research areas include database right, copyright, data protection, cyber law and the interface of IP and competition law.