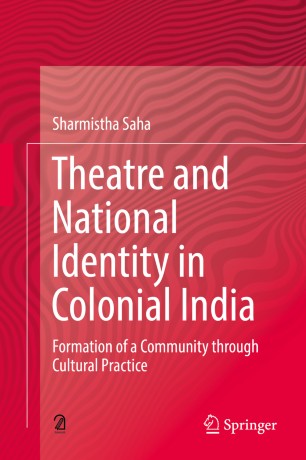 Formation of a Community through Cultural Practice

This book critically engages with the study of theatre and performance in colonial India, and relates it with colonial (and postcolonial) discussions on experience, freedom, institution-building, modernity, nation/subject not only as concepts but also as philosophical queries. It opens up with the discourse around ‘Indian theatre’ that was started by the orientalists in the late 18th century, and which continued till much later. The study specifically focuses on the two major urban centres of colonial India: Bombay and Calcutta of the 19th and early 20th centuries. It discusses different cultural practices in colonial India, including the initiation of ‘Indian theatre’ practices, which resulted in many forms of colonial-native ‘theatre’ by the 19th century; the challenges to this dominant discourse from the ‘swadeshi jatra’ (national jatra/theatre) in Bengal, which drew upon earlier folk and religious traditions and was used as a tool by the nationalist movement; and the Indian People’s Theatre Association (IPTA) that functioned from Bombay around the 1940s, which focused on the creation of one national subject – that of the ‘Indian’. The author contextualizes the relevance of the concept of ‘Indian theatre’ in today’s political atmosphere. She also critically analyses the post-Independence Drama Seminar organized by the Sangeet Natak Akademi in 1956 and its relevance to the subsequent organization of ‘Indian theatre’. Many theatre personalities who emerged as faces of smaller theatre committees were part of the seminar which envisioned a national cultural body.

This book is an important contribution to the field and is of interest to researchers and students of cultural studies, especially Theatre and Performance Studies, and South Asian Studies.

Sharmistha Saha is a faculty at the Department of Humanities and Social Sciences, Indian Institute of Technology Bombay. She has been a doctoral and postdoctoral fellow at the International Research Training Group 'Interart', Berlin in the past where she completed her PhD under the supervision of Prof. Erika Fischer-Lichte and Prof. Christoph Wulf. She was earlier a student of Theatre and Performance Studies at the School of Arts and Aesthetics, Jawaharlal Nehru University, New Delhi.  She is also a theatre practitioner.