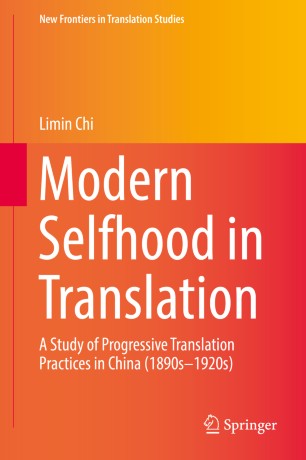 A Study of Progressive Translation Practices in China (1890s–1920s)

This book examines the development of Chinese translation practice in relation to the rise of ideas of modern selfhood in China from the 1890s to the 1920s. The key translations produced by late Qing and early Republican Chinese intellectuals over the three decades in question reflect a preoccupation with new personality ideals informed by foreign models and the healthy development of modern individuality, in the face of crises compounded by feelings of cultural inadequacy. The book clarifies how these translated works supplied the meanings for new terms and concepts that signify modern human experience, and sheds light on the ways in which they taught readers to internalize the idea of the modern as personal experience. Through their selection of source texts and their adoption of different translation strategies, the translators chosen as case studies championed a progressive view of the world: one that was open-minded and humanistic. The late Qing construction of modern Chinese identity, instigated under the imperative of national salvation in the aftermath of the First Sino-Japanese War, wielded a far-reaching influence on the New Culture discourse. This book argues that the New Culture translations, being largely explorations of modern self-consciousness, helped to produce an egalitarian cosmopolitan view of modern being. This was a view favoured by the majority of mainland intellectuals in the post-Maoist 1980s and which has since become an important topic in mainland scholarship.

Dr. Limin Chi is head of the Chinese Department at Kiangsu-Chekiang College, Hong Kong, with research interests in Chinese studies (Chinese intellectual and literary history since the 1890s), translation studies and applied linguistics. Previously he taught at Nanjing Normal University, the University of Auckland and Auckland International College. He completed his undergraduate studies in English at Xuzhou Normal University, China, and has obtained two master’s degrees: one in applied linguistics (University of Melbourne) and the other in translation studies (Monash University). He received his PhD in cultural studies from Monash University.