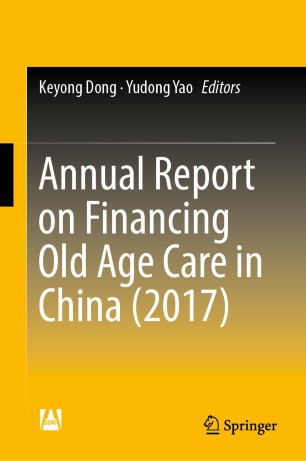 This book provides comprehensive analysis and descriptions of China’s ageing finance system .China is undergoing the larges, fastest and longest process of population ageing in the world. It  becomes a pressing challenge to Chinese social security system in this era. Many developed countries have been going through this process. Pension and other financial tools have been studied and practiced for decades. China now is developing its own ageing finance systems by learning from other countries’ experiences and making innovations to suit the country’s request. Finance, a field that deals with the study of investments and the science of money management, is the most important tool to manage this situation. And hence Ageing finance has been developed into an independent area for research and practice. It helps the country adapt to new elderly support systems which is the necessary result from China’s admirable economic development and changes in population structure.  Ageing finance is the sum of financial activities centered on various social need of providing for the aged and serving for their society.  It includes pension finance，old age wealth management service and finance of ageing industry.
Chinese government and people are facing a very unique situation as our population structure is deeply changed by the One Child Policy since last 70s. The slope of ageing curve is sharper than most countries yet it has achieved the most successful economic development in the world during the same period. As China is developing old aged social security system, academic researchers, financial practitioners  and policy makers world-wide are most interested in this process and look forward to new theories, innovations and lessons raised from it.

Keyong Dong, professor of Renmin University and dean of the School of Public Administration. He serves as the secretary of China Ageing Finance Forum of 50 and a visiting professor at the Ford School of Public Policy in University of Michigan.  His primary expertise is social security, and his research focuses on the social security theories and policies as well as human resources management. Professor Dong has published many works, including but not limited to, Chinese Salary Compensations during Transformation, Chinese Economic Reforms of 30 years – Social Security, Introduction of Human Resources Management, Labor Economics. He also edited Public Governance and Innovation and published many research papers in various journals. He leads several government funded projects such as Research of National Income Allocation-Reduce the Gap, Research of Policy of Individual Income Allocation during Transformation, etc,. Dong received his PhD from Renmin University in Economics.
Yudong Yao, Chief Economist of Dacheng Fund which is one of the first approved 10 mutual fund in China. Before that Yao was the director of renowned The Research Institute of Finance of People’s Bank of China. He got his PhD in economics from Cambridge University in 2000. His research focuses on ageing finance and financial innovation. Published works Sharing Finance-New Financial Format and Rise of Consumption under the New Norm of Chinese Economy.