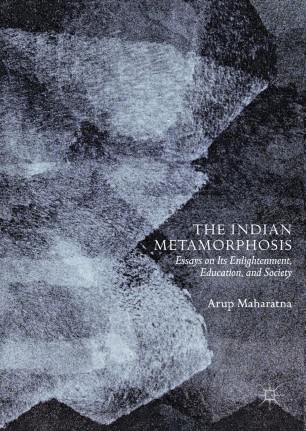 Essays on Its Enlightenment, Education, and Society

This book examines various ideational, attitudinal and intellectual impasses that are becoming glaringly apparent on several fronts, and which have held back India’s balanced, steady and uniform development and transformation post-independence. It argues that all of these ideational and attitudinal aberrations stem from one basic fact, namely that India, throughout the entire period since the onset of modern industrial secular civilization at the global level, has somehow managed to evade the core ideas and values of the western Enlightenment movement, leaving unfinished the crucial task of modernizing and secularizing the mindsets and outlooks of its people on a mass scale – a task that has historically and globally been the backbone of sustained modern material development with socio-political stability. Further, it suggests that this enormous failure is crucially linked to key shortcomings in Indian mainstream thinking, and the imaginations and visions in general, and as such is also linked with confused educational ideas and content – particularly at the elementary level – since the country gained independence.

The book maintains that Indian curricula and educational content at the school level has been consciously designed to guard against the core values and ideas of the Enlightenment, which could have made the typical Indian mind more rational, reasonable, mature and secular, resulting in much lower degrees of unreason, raw sentiments and emotions than have been hitherto entrenched in it. The book further sketches the genesis and impact of the currently dominant neoliberal ideas and thinking that have invaded the entire educational universe and its philosophy around the world. Lastly, it examines and assesses the latter’s far-reaching ramifications for current Indian educational philosophy, pedagogy and practices, and proposes concrete remedial directions for public policy and action.

Arup Maharatna has been a Professor at the University of Burdwan, the Gokhale Institute of Politics and Economics and the BITS-Pilani Hyderabad Campus, India, and has academic qualifications in both Economics and Population Studies. After obtaining a degree in Economics from Visva Bharati, Santiniketan, Prof. Maharatna completed a master’s and Ph.D. in Demography at the London School of Economics and Political Science. He has also been a Bell Post-Doctoral Fellow at Harvard Center for Population and Development Studies, Harvard University. He has authored three books, of which the first two are published by Oxford University Press and the other by Springer India. Maharatna is currently engaged in research on the role and ramifications of educational philosophy and school curricula around the globe, with special reference to South Asia.