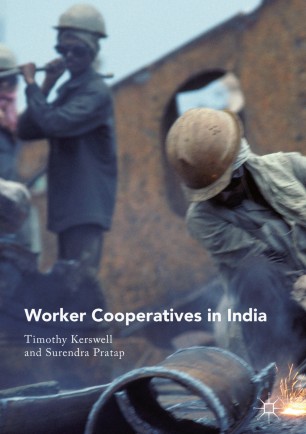 This book discusses the experiences of cooperative enterprises in India that have been operated by or influenced to a significant extent by trade unions. It describes the origins of these movements in India presenting a political-strategic view of their development and, in some cases, their decline. The book also presents case studies of groundbreaking social experiments conducted in India in which trade unions have formed cooperatives for production and service provision for the working class movement. It also offers lessons learned from previous social experiments and explains how to use them for future strategies in the working class movement by using primary research undertaken on trade union cooperatives in India. With globalization often given as a reason for the decline of trade unions and transformative social movements, this book demonstrates that where movements declined it was due to their own internal weaknesses, while presenting successful case studies of movements which have shown resilience in the face of globalization. The book also gives an extensive criticism of India’s Self Employed Women’s Association as a model of a depoliticized trade union cooperative. The main lesson of this book is that cooperatives represent a viable strategy to build working class power in the 21st century in India, and elsewhere.