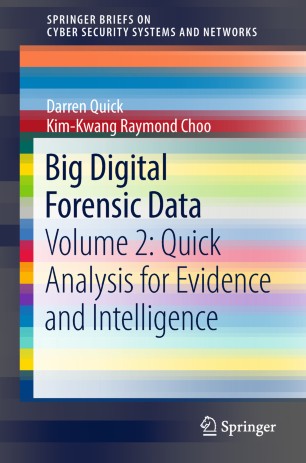 Dr. Darren Quick is a Senior Intelligence Technologist with the Australian Department of Home Affairs and a former Digital Forensic Investigator with the Australian Border Force, and previously an Electronic Evidence Specialist with the South Australia Police. He has undertaken over 650 digital forensic investigations involving many thousands of digital evidence items. In 2012 Darren was awarded membership of the Golden Key International Honour Society, in 2014 he received a Highly Commended award from the Australian National Institute of Forensic Science, and in 2015 received the Publication of the Year award from the Australian Institute of Professional Intelligence Officers.

Dr. Kim-Kwang Raymond Choo holds the Cloud Technology Endowed Professorship at The University of Texas at San Antonio, is an adjunct associate professor at the University of South Australia, a fellow of the Australian Computer Society, and a senior member of IEEE. He and his team won the Digital Forensics Research Challenge 2015 organized by Germany's University of Erlangen-Nuremberg, and he is the recipient of various awards including the ESORICS 2015 Best Paper Award, the 2014 Highly Commended Award from the Australia New Zealand Policing Advisory Agency, Fulbright Scholarship in 2009, the 2008 Australia Day Achievement Medallion, and the British Computer Society's Wilkes Award in 2008.