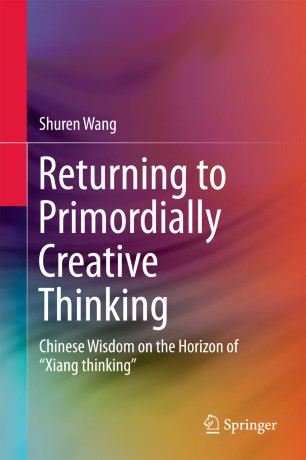 Chinese Wisdom on the Horizon of “Xiang thinking”

This book identifies that “Xiang thinking” is the eidetic connotation and a fundamental trait of traditional Chinese thinking, offering insights of considerable methodological significance. "Xiang thinking" is a mode of thinking different from conceptual thinking or idealized rational thinking and, in a certain sense, it is more primal. In the past century, particularly since 1949, the primary works on Chinese philosophical history have, as a rule, addressed the ancient Chinese tradition of philosophical ideas by virtue of the philosophies of Plato, Descartes and Hegel: methods that inherently challenge Chinese philosophical insights. This has naturally led to the fact that the insights as such remained obscured. This book starts to reverse this trend, intending to help Chinese people understand and appraise themselves in a more down-to-earth fashion. In addition, it is particularly helpful to people of other cultures if they want to understand ancient Chinese philosophy and culture in a context of fresh and inspiring philosophical ideas. (By Zhang Xianglong)

Prof. Wang Shuren (October, 1935—  ) is a Chinese philosopher and also an important figure in studies of Western and Eastern philosophies. He graduated from the Department of Philosophy of Peking University in August, 1962, and, under the supervision of Mr. Yang Yizhi and Mr. He Lin, he finished his postgraduate study in the CASS  Institute of Philosophy in 1965. Prof. Wang was the former vice director of the academic committee of the Institute of Philosophy, the former secretary-general and director-general of Chinese Society for History of Foreign Philosophy, and is now the honorary director-general of it. His philosophical representative works are primarily as follows:
1) Western philosophy:
A New Exploration of the Speculative Philosophy—Studies on Hegelian System (1984, People’s Publishing House);
Philosophical Reflections on History—Studies of Hegel’s “Phenomenology of Mind” (1988, China Social Sciences Publishing House);
The History of Western Philosophy (academic edition), Vol. I-VIII, co-edited by him and Mr. Ye Xiushan, and he wrote the part of “Western learning spreads to the East”. This set of books were published by Jiangsu Phoenix Publishing House in 2004. They won the first prize of CASS, and the National Book Awards.
2) Comparative studies of Western and Chinese philosophies and cultures:
Returning to Primordially Creative Thinking—Chinese Wisdom on the Horizon of “Xiang thinking” (2005, Jiangsu People’s Publishing House). This book is sponsored by Chinese Fund for the Humanities and Social Sciences as a product of Chinese Academic Translation Project;
Eidetically Understanding Zhuangzi—Zhuangzi in the view of “Xiang thinking” (2007, Jiangsu People’s Publishing House). This book was co-written by Prof. Wang Shuren and Prof. Li Mingzhu.
Prof. Wang Shuren was an advanced academic visitor during 1986-1988 to the Faculty of Philosophy and Department of Sinology of University of Munich, and Hegel Archiv of Bochum University.
His representative articles are primarily as follows:
1) Chinese “Xiang thinking” and its originality, in Academic Monthly, 2006 (1).
2) Zhuangzi, Heidegger and “Xiang thinking”, in The Journal of Jiangsu Administration Institute, 2006 (3);
3) “God is dead”, but Dao is here!, in Academic Journal of Graduate School of Chinese Academy of Social Sciences, 2006 (4);
4) Problems of religion in postmodern view and discourse, in World Philosophy, 2007 (3).
Dr. Lin Zhang has been focusing on translating academic articles or works (primarily philosophical) from Chinese into English since 2006. Her research interests cover translation studies, phenomenology and ancient Chinese philosophy.