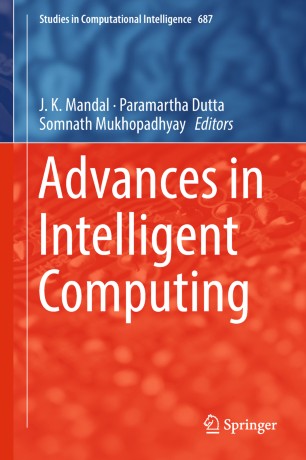 Jyotsna Kumar Mandal, M.Sc.(Ph.), JU, M. Tech.(CS), CU, Ph.D(Eng.), JU., Professor CSE, is former dean of FETM, and was KU for two consecutive terms. He has teaching and research experience spanning 29 years and completed four AICTE and one state govt. project. He is a life member of the CSI, CRSI, a member of the ACM, and fellow of IETE. He was also honorary vice chairman and chairman of the CSI. He has delivered over 100 lectures and organized more than 25 national and international conferences. He has produced 20 Ph. D. Degrees, three scholars submitted and 8 are pursuing. He has supervised 03 M. Phil and more than 50 M. Tech dissertations and more than 100 M.C.A dissertations. He is an editorial board member and corresponding editor of the Proceedings of Science Direct, IEEE and other conferences as well as guest editor of the MST Journal. He has published more than 400 research articles, and six books.

Paramartha Dutta, born in 1966, has B. Stat., M. Stat. and M. Tech degrees in Computer Science, all from the Indian Statistical Institute, and a Ph. D (Engineering) from the Bengal Engineering and Science University, Shibpur. He served as a researcher in various projects funded by Govt. of India. Dr. Dutta is now a professor at the Department of Computer and System Sciences, Visva Bharati University, West Bengal, India. Prior to this, he worked at the Kalyani Government Engineering College and College of Engineering in West Bengal. Dr. Dutta was a visiting/guest scholar at several Universities/Institutes such as West Bengal University of Technology, Kalyani University, and Tripura University. He has co-authored eight books and has six edited book to his credit. He has published over two hundred papers in various international and national journals and conference proceedings, as well as several book chapters in edited volumes. Dr. Dutta has served as the editor of special volumes of several respected international journals.

Somnath Mukhopadhyay is currently an assistant professor of Department of Computer Science & Engineering, Assam University, Silchar, India. He completed his M. Tech and Ph. D in Computer Science & Engineering at the University of Kalyani, India, in 2011 and 2015 respectively. He has co-authored one book and has five edited books to his credit. He has published over twenty papers in various international journals and conference proceedings, as well as three book chapters in edited volumes. His research interests include digital image processing, computational intelligence and pattern recognition. He is a member of the IEEE and IEEE Young Professionals - Kolkata Section, life member of the Computer Society of India and currently the regional student coordinator (RSC) of Region II, Computer Society of India.