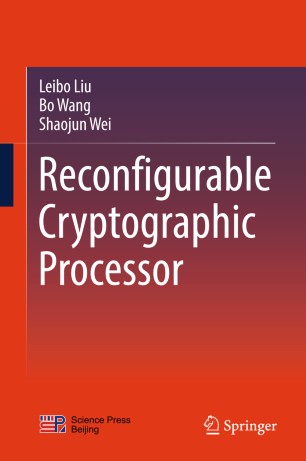 Dr. Leibo Liu is a tenured associate professor at the Institute of Microelectronics, Tsinghua University, Beijing, China. He received his Ph.D. degree from the Institute of Microelectronics at Tsinghua University in 2004. His research focuses on reconfigurable computing, very large-scale integration (VLSI) design methodology, and cryptographic processor/computer vision/communication baseband chip design. He has published more than 160 peer-reviewed papers and 2 books. He also holds more than 70 patents. His research achievements have already been transferred to the integrated circuit (IC) industry and applied to numerous commercial products, such as crypto-processors, programmable logic devices, and wearable computing processors. He has received several important prizes such as the National 2nd Prize for Technological Invention, the Chinese patent “Golden Award,” and the “Technological Invention award from the Ministry of Education”.

Prof. Shaojun Wei is the director of the Institute of Microelectronics, Tsinghua University, Beijing, China. He received his M.E. degree from the Department of Radio and Electronics, Tsinghua University in 1984 and Ph.D. degree in Applied Science in 1991 from the Faculté Polytechnique de Mons (FPMs), Belgium and then became an assistant professor at FPMs. From 1998 to 2005, he worked for Datang Telecom Technology Co., Ltd. successively as vice-president, president & CEO. He was the founder, president & CEO and chairman of the board of Datang Microelectronics Technology Co., Ltd. from 1996 to 2005. He was the CTO of Datang Telecom Industry Group from 2005 to 2006. Prof. Wei is a member of the National IC Industry Advisory Committee, the vice president of CSIA and president of the VLSI fabless chapter. He is a fellow of the CIE and a senior member of the IEEE. Prof. Wei’s research interests include very large-scale integration (VLSI) design methodology, mobile computing, and reconfigurable computing, and he has published more than 190 papers in these areas. He has received numerous awards, including the National 2nd Prize for Advanced Technology in 2002; the National 2nd Prize for Technology Invention in 2015; and the Award for Outstanding Chinese Patented Invention from the State Intellectual Property Office of China & World Intellectual Property Organization in 2004 and 2015.