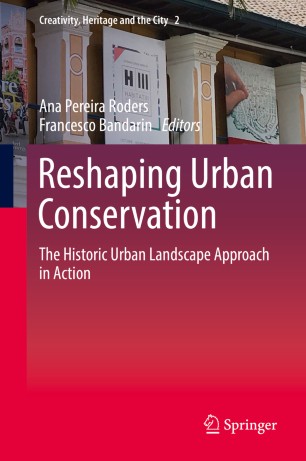 Part of the Creativity, Heritage and the City book series (CHC, volume 2)

This volume focuses on the implementation of the 2011 UNESCO Recommendation on the Historic Urban Landscape (HUL approach), designed to foster the integration of heritage management in regional and urban planning and management, and strengthen the role of heritage in sustainable urban development.
Earlier publications and research looked at the underlying theory of why the HUL approach was needed and how this theory was developed and elaborated by UNESCO. A comprehensive analysis was carried out in consultation with a multitude of actors in the twenty-first-century urban scene and with disciplinary approaches that are available to heritage managers and practitioners to implement the HUL approach.
This volume aims to be empirical, describing, analyzing, and comparing 28 cities taken as case studies to implement the HUL approach. From those cases, many lessons can be learned and much guidance shared on best practices concerning what can be done to make the HUL approach work.
Whereas the previous studies served to illustrate issues and challenges, in this volume the studies point to innovations in regional and urban planning and management that can allow cities to avoid major conflicts and to further develop in competitiveness. These accomplishments have been possible by building partnerships, devising financial strategies, and using heritage as a key resource in sustainable urban development, to name but a few effective strategies.
For these reasons, this volume is primarily pragmatic, linked to the daily work and challenges of practitioners and administrators, using specific cases to assess what was and is good about current practices and what can be improved, in accordance with the HUL approach and aims.

Ana Pereira Roders is full Professor of heritage and values at Delft University of Technology (TU Delft), the Netherlands. She is also currently member of the governing board of the International Centre on Space Technology for Natural and Cultural Heritage (HIST), Chinese Academy of Sciences, China. Ana has a wide range of work experience abroad and interdisciplinary cooperation, spanning the fields of architecture, urban planning, law, environmental management and computer sciences. Since 2008, Ana cooperates closely with UNESCO and the World Heritage Centre in particular, concerning primarily the 1972 World Heritage Convention and the 2011 Recommendation on the Historic Urban Landscape. She led the creation of global platforms such as Protected Urban Planet (2011) and the Global Observatory on the Historic Urban Landscape (GO-HUL, 2015). Ana is the founding co-editor of the Journal Cultural Heritage Management and Sustainable Development, published by Emerald. She presented in 2015 at TEDxHamburg “How cities become resource efficient”. Recently, she joined the RegioStars Awards 2018, European Commission, as senior jury member, under the category “Cultural Heritage”. Her recent publications include: Going Beyond: Perceptions of Sustainability in Heritage Studies (part 2), co-authored with Marie-Theres Albert and Francesco Bandarin, also published by Springer in 2017.

Francesco Bandarin is an architect and urban planner, specialized in urban conservation. He holds degrees in Architecture (Venice, IUAV) and City and Regional Planning, (UC Berkeley). He has been a Professor of Urban Planning and Urban Conservation at the University IUAV of Venice, Italy (1979-2016). From 2000 to 2018, he worked at UNESCO as Director of the World Heritage Centre and as Assistant Director-General for Culture. He is currently an Advisor for Urban Heritage of the UNESCO Director-General. He is a member of the Steering Committee of the Aga Khan Trust for Culture, and of the Board of the Fondazione Santagata for the Economics of Culture in Turin. He has served as a President of several international Juries, including the 2014 Venice Architecture Biennale and of the Shenzhen Creative Design Award (SCDA). His recent publications include The Historic Urban Landscape: Managing Heritage in an Urban Century, 2012, and Reconnecting the City: The Historic Urban Landscape Approach and the Future of Urban Heritage, 2015, both co-authored with Ron van Oers and published by Wiley-Blackwell.