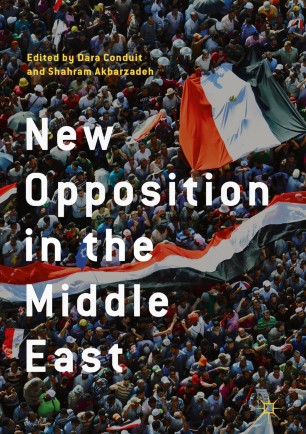 New Opposition in the Middle East

This book uses a Contentious Politics lens to examine patterns of political contestation since
2009 and 2011 among the Middle East’s most important actors. The chapters ask questions in
relation to the responsiveness of opposition groups to their political environments, the longterm
legacies of authoritarianism, and whether the post-2009/2011 political environment is better or worse for Middle Eastern oppositions. It interrogates the ways in which oppositions have morphed in relation to this changed operating environment, subjectively interpreting the costs and benefits of contestation in order to maximise political opportunities. To some oppositions, changes in the power balance between regime structures and opposition agents led to unprecedented opportunity for political action, while for others, structures were galvanised to restrict activity. In total, the volume shows that even though the Arab Uprisings and Green Movement achieved few of their overt goals, the events unleashed smaller shifts across the region that have led to a fundamental change in the politics of contestation amongst the region’s oppositions.
Dara Conduit is an Associate Research Fellow at the Alfred Deakin Institute for Citizenship and Globalisation, Deakin University. Her work has been published in Studies in Conflict & Terrorism, the Middle East Journal, the British Journal of Middle Eastern Studies and International Community Law Review. Dr. Conduit holds a PhD from Monash University, an M. Litt from the University of St. Andrews, was a Visiting Scholar at the University of Cambridge in 2015 and has provided advice to the UN OHCHR’s Working Group on Mercenaries.
Shahram Akbarzadeh is Professor of Middle East & Central Asian Politics at the Alfred Deakin Institute for Citizenship and Globalisation, Deakin University, Australia. Prof. Akbarzadeh is author of Uzbekistan and the United States (2005), US Foreign Policy in the Middle East (2008 with Kylie Baxter) and Muslim Active Citizenship in the West (2014 with Mario Peucker). He is the founding Editor of the Islamic Studies Series and a regular public commentator.