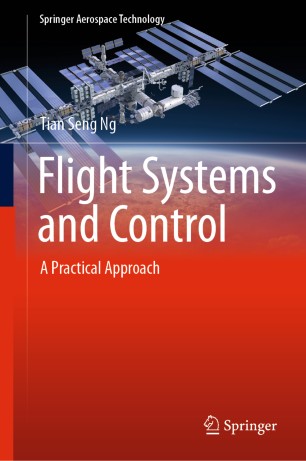 This book focuses on flight vehicles and their navigational systems, discussing different forms of flight structures and their control systems, from fixed wings to rotary crafts. Software simulation enables testing of the hardware without actual implementation, and the flight simulators, mechanics, glider development and navigation systems presented here are suitable for lab-based experimentation studies. It explores laboratory testing of flight navigational sensors, such as the magnetic, acceleration and Global Positioning System (GPS) units, and illustrates the six-axis inertial measurement unit (IMU) instrumentation as well as its data acquisition methodology. The book offers an introduction to the various unmanned aerial vehicle (UAV) systems and their accessories, including the linear quadratic regulator (LQR) method for controlling the rotorcraft. It also describes a Matrix Laboratory (MATLAB) control algorithm that simulates and runs the lab-based 3 degrees of freedom (DOF) helicopter, as well as LabVIEW software used to validate controller design and data acquisition. Lastly, the book explores future developments in aviation techniques.

Mr. Tian Seng Ng has a MSc degree in Computer Control and Automation. He is a member of the technical staff at the Nanyang Technological University. He has been active in the field of flight robotics, control, and automation for almost 25 years, and has worked on gantry crane automation systems at wharves and field pumping stations in Singapore. His interest lies in the domain of control, mechatronics, autonomous systems and machine vision.

“This book should be of interest to practicing and research engineers as well as Ph.D. students in the area of flight mechanics, flight computer control and its accessories for flight engineering practices and applications.” (Clementina Mladenova, zbMATH 1435.93001, 2020)