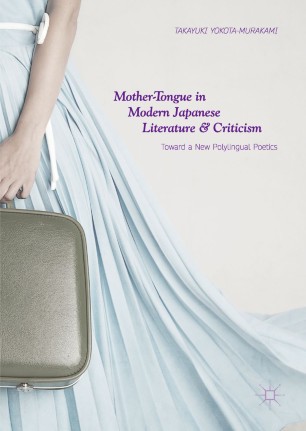 Toward a New Polylingual Poetics

This book examines how early research on literary activities outside national literatures such as émigré literature or diasporic literature conceived of the loss of ‘mother-tongue” as a tragedy, and how it perpetuated the ideology of national language by relying on the dichotomy of native language/foreign language. It transcends these limitations by examining modern Japanese literature and literary criticism through modern philology, the vernacularization movement, and Korean-Japanese literature. Through the insights of recent philosophical/linguistic theories, it reveals the political problems of the notion of “mother-tongue” in literary and linguistic theories and proposes strategies to realize genuinely “exophonic” and “translational” literature beyond the confines of nation. Examining the notion of “mother-tongue” in literature and literary criticism, the author deconstructs the concept and language itself as an apparatus of nation-state in order to imagine alternative literature, genuinely creolized and heterogeneous. Offering a comparative, transnational perspective on the significance of the mother tongue in contemporary literatures, this is a key read for students of modern Japanese literature, language and culture, as well as those interested in theories of translation and bilingualism.

Takayuki Yokota-Murakami (PhD, Princeton) is Associate professor in Comparative Literature at Osaka University, Japan. His publications incldue Don Juan East/West: On the Problematics of Comparative Literature (1998) and the award-winning Iro-otoko no kenkyu (2007). He is also the co-editor of the volume Policing Literary Theory (2017).