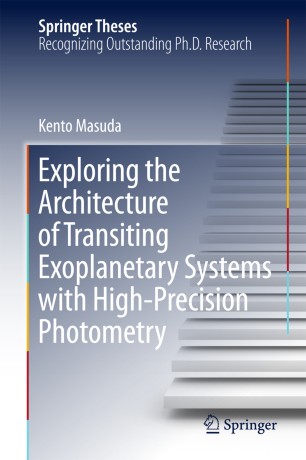 Exploring the Architecture of Transiting Exoplanetary Systems with High-Precision Photometry

This thesis develops and establishes several methods to determine the detailed geometric architecture of transiting exoplanetary systems (planets orbiting around, and periodically passing in front of, stars other than the sun) using high-precision photometric data collected by the Kepler space telescope. It highlights the measurement of stellar obliquity – the tilt of the stellar equator with respect to the planetary orbital plane(s) – and presents methods for more precise obliquity measurements in individual systems of particular interest, as well as for measurements in systems that have been out of reach of previous methods. Such information is useful for investigating the dynamical evolution of the planetary orbit, which is the key to understanding the diverse architecture of exoplanetary systems. The thesis also demonstrates a wide range of unique applications of high-precision photometric data, which expand the capability of future space-based photometry.