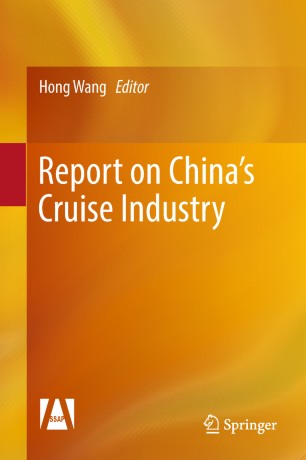 The book contains 12 contributions that explain the current state of China’s cruise industry and future development.  Dating from the 1960s and with the rapid development of over 50 years, the modern cruise industry has developed into one of the fastest growing industries with the most remarkable economic benefits in the global tourism and hospitality industry, known as a “golden industry on the golden waterway”. In recent years, with the gradual saturation of international cruise market and the eastward-moving trend of the center of cruise market, China has become a strategic emerging market with which international cruise lines have been competing. A number of international cruise lines, including Costa Crociere, Royal Caribbean Cruises, Princess Cruises, MSC Cruises, Star Cruises, Norwegian Cruise Line and Dream Cruises, have entered the cruise market in Mainland China.

WANG Hong, Doctor of Enterprise Management of Shanghai Jiao Tong University and Postdoctor of Applied Economics of Fudan University, is currently assuming the office of Secretary of Baoshan Party Committee of CCP and Director of Shanghai International Cruise Economy Research Center; as a doctoral tutor and professor of Shanghai Jiao Tong University, she also enjoys the special allowance of the State Council, and is one of the members of the 10th, 11th, 12th and 14th NPC of Shanghai Municipal, and a
national candidate for the New Century National Hundred, Thousand and Ten
Thousand Talent Project.
Professor WANG Hong assumed the office of Vice Chairman of the Committee of Teaching for Business Administration of Higher Education under the Ministry of Education, and held the position Vice Chairman of the Committee of Teaching for Management Science and Engineering of Higher Education under the Ministry of Education. At present, Professor Wang Hong is in the list of the scholars chosen for the New Century Talent Support Program of the Ministry of Education as well as the Dawn Plan and Dawn
Tracking Plan of Shanghai Municipality, honored as the leading talent and excellent academic leader of Shanghai Municipality.
Professor WANG Hong initiatively interfaces with the general trend of development of the international cruise industry, and has innovatively extended the content of teaching of the discipline of tourism management. She is the first person in China to start the undergraduate and graduate programs for cruise economy and becomes the discipline leader. She led the Program of Innovative Practices for Cultivating Badly-Needed Talents of the International Cruise Industry on the Basis of Government Support, Industry Development, Talent Cultivation, Scientific Research and User Application, and won the second prize for 2014 National Teaching Achievements and the outstanding award for Shanghai Teaching Achievements. Professor Wang Hong emphasizes the direct transformation of research achievements into productivity and application. Some of the achievements have been converted into the basis for decision-making by cruise companies and the government. She has successively held several major projects of National Social Science Foundation, National Soft Science projects, 6 major projects
of National Development and Reform Commission (NDRC) and over 30 provincial and ministerial research projects, published over 70 monographs and essays, many of which have been included by EI and ISTP. More than 30 of his research achievements have been successively awarded the first prize for Shanghai Governmental Decision-Making and Consultation Research Achievements, the second prize for Shanghai Science and Technology Progress Award, the excellent award of Shanghai Deng Xiaoping Theory Research and Propaganda, the excellent award of Shanghai Philosophy and Social Science Community Discussion, the first prize for Shanghai Teaching Achievements, and the first prize for Shanghai Education and Scientific Research Achievements and other provincial and ministerial awards.
Professor WANG Hong is also the former member of the Execution Committee of All-China Federation of Trade Unions, member of All-China Women’s Federation, Dean of Shanghai University of Engineering Science, Vice Chairman of Shanghai Federation of Trade Unions, Vice Chairman of Shanghai Association of Enterprise Management, Vice Chairman of Shanghai Creative Industry Association, and Vice President of Shanghai Association of Science and Art, etc.