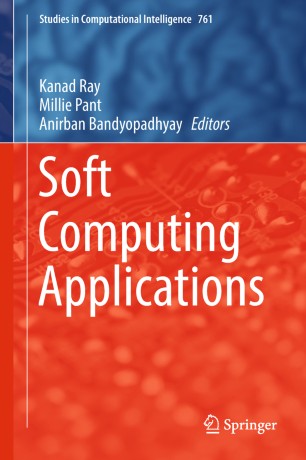 This book provides a reference guide for researchers, scientists and industrialists working in the area of soft computing, and highlights the latest advances in and applications of soft computing techniques in multidisciplinary areas. Gathering papers presented at the International Conference on Soft Computing: Theories and Applications (SoCTA 2016), which was held in Jaipur, Rajasthan, India, on December 28–30, 2016, it focuses on applying soft computing to solve real-life problems arising in various domains, from medical and healthcare to supply chain management, image processing and cryptanalysis.

The term soft computing represents an umbrella term for computational techniques like fuzzy logic, neural networks and nature inspired algorithms. In the past few decades, there has been an exponential rise in the application of soft computing techniques to address complex and intricate problems in diverse spheres of life. The versatility of these techniques has made them a favourite among scientists and researchers alike.

Kanad Ray is a Professor of Physics at Amity School of Applied Sciences Physics Amity University Rajasthan (AUR), Jaipur. In an academic career spanning over 19 years, he has published and presented research papers in several national and international journals and at conferences in India and abroad. He has authored a book on the Electromagnetic Field Theory. Dr. Ray’s current research interests include Cognition, Communication, Electromagnetic Field Theory, Antenna & Wave Propagation, Microwaves, Computational Biology and Applied Physics.

Millie Pant is an Associate Professor at the Department of Paper Technology, Indian Institute of Technology Roorkee (IIT Roorkee), India. A well-known figure in the field of swarm intelligence and evolutionary algorithms, she has published several research papers in respected national and international journals.

Anirban Bandyopadhyay is a Senior Scientist in the National Institute for Materials Science (NIMS), Tsukuba, Japan. He did his PhD (supramolecular electronics) from Indian Association for the Cultivation of Science (IACS), Kolkata in 2005. During 2005-2008, he got selected as Independent Researcher, ICYS Research Fellow in the International Center for Young Scientists (ICYS), NIMS, Japan while working on brain-like bio-processor building. In 2007, he started as permanent Scientist in NIMS, working on cavity resonator model of human brain & brain-like organic jelly. During 2013-2014, he was a visiting professor in MIT, USA. He got Hitachi Science and Technology award in 2010, Inamori Foundation award in 2011-2012, Kurata Foundation Award, Inamori Foundation Fellow (2011) & Sewa Society International member, Japan etc.