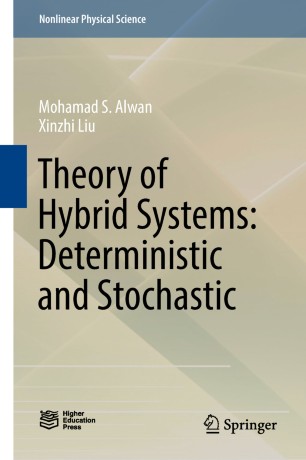 This book is the first to present the application of the hybrid system theory to systems with EPCA (equations with piecewise continuous arguments). The hybrid system paradigm is a valuable modeling tool for describing a wide range of real-world applications. Moreover, although new technology has produced, and continues to produce highly hierarchical sophisticated machinery that cannot be analyzed as a whole system, hybrid system representation can be used to reduce the structural complexity of these systems. That is to say, hybrid systems have become a modeling priority, which in turn has led to the creation of a promising research field with several application areas. As such, the book explores recent developments in the area of deterministic and stochastic hybrid systems using the Lyapunov and Razumikhin–Lyapunov methods to investigate the systems’ properties. It also describes properties such as stability, stabilization, reliable control, H-infinity optimal control, input-to-state stability (ISS)/stabilization, state estimation, and large-scale singularly perturbed systems.

Dr. Mohamad S. Alwan is a lecturer at the Department of Applied Mathematics at the University of Waterloo. Since 2004, his research interests have been directed towards broadening the research area of “Stochastic and Deterministic Hybrid Systems with/without Time Delay and Applications to Control Systems”. Specifically, he has been working on establishing many system properties and applying some of these properties to control systems. He has published several peer-reviewed journal papers, conference papers, and book chapters, most of which are included in the book.

Professor Xinzhi Liu is a faculty member of the Department of Applied Mathematics at the University of Waterloo. He received his Ph.D. degree in Applied Mathematics from the University of Texas at Arlington. He is an expert on hybrid dynamical systems, stability theory and control methods. He has been the editor-in- chief of the Journal--Dynamics of Continuous, Discrete and Impulsive Systems since 1995. He has published over 300 research papers and 3 monographs and 20 edited books on different topics in the field of dynamical systems.