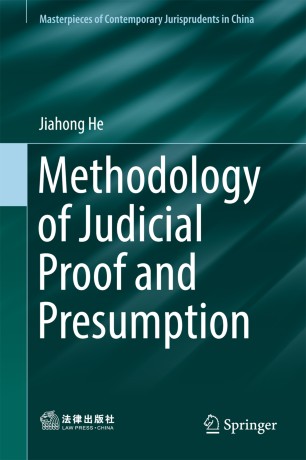 Methodology of Judicial Proof and Presumption

This book offers the first theoretical approach to rules of evidence and the practice of judicial proof in China written in English by a Chinese professor. As Prof. He’s first representative work, based on over three decades of studying and researching evidence law, it clarifies concepts relevant to evidence law, highlights the value of studying evidence law, re-examines the domain of presumption, reviews central problems in obtaining evidence, and discusses the reasons for misjudged cases. In brief, the book not only presents all major aspects of Chinese rules of evidence in criminal justice, but also introduces readers to the latest developments from a global perspective.