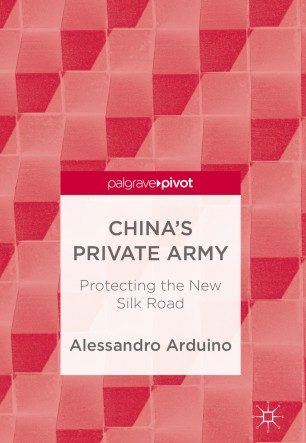 This book illustrates the role that Private Security Companies (PSC) with ‘Chinese characteristics’ play in protecting people and property associated with the Belt and Road Initiative (BRI). The revival of the ancient Silk Road economic “belt,” combined with the 21st Century sea lanes of communication known as the “road,” is intended to enhance global connectivity and increase commercial activity. However, the socio-political risks associated with Chinese outbound direct investments are often overlooked. Terrorism, separatism, kidnapping and other risks are mostly new to Chinese companies, some of which are operating abroad for the first time. Economic globalization and the transnational exploitation of natural resources have increased the need for Chinese-owned PSCs in spite of the disdain for the profession of “a lance for hire.” Due to peculiar geo-strategic and geo-economic features, the “belt” from Central Asia to Pakistan and the “road” from the Somali coast to the Strait of Malacca are characterized by a high level of insecurity. This book’s focus on how the state’s monopoly of force privatization can play a significant role in protecting the New Silk Road will be of interest to policymakers, journalists, and academics.