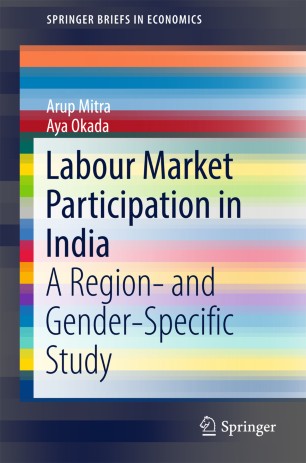 A Region- and Gender-Specific Study

This book focuses on the gender-specific labour force participation rates across regions in India and identifies its most important determinants. Before concentrating on the Indian context, it examines the participation rates of various countries in the Asia-Pacific region. Not unexpectedly, the study shows that the rate is significantly lower for females than for males in this region. The rural–urban differentials are more pronounced and the inter-state variations are more sizable among females than males. Even in large cities, the female labour market participation is lower than that in the rural areas despite higher levels of education. However, in terms of inter-spatial (rural/urban/city) variations, the impact of infrastructure, education, health and urbanization on the labour force participation of both genders is quite distinct.

On the whole, the study reinforces the stance that women’s participation in productive activities has a doubly positive impact; it not only raises the household income, but also contributes to the wellbeing of the household. These findings are important from a policy perspective, as different infrastructure variables are confirmed to improve both participation and labour productivity. As such, the book offers a valuable resource not only for researchers, but also for NGOs and policymakers.