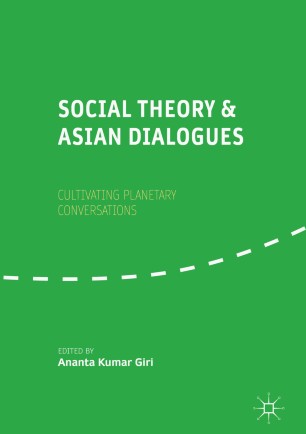 Critically exploring the presuppositions of contemporary social theory, this collection argues for a trans-civilizational dialogue and a deepening of the universe of intellectual discourse in order to transform sociology into a truly planetary conversation on the human condition. Focusing on perspectives from Asia, notably East Asia and India, it interrogates presuppositions in contemporary critical social theory about man, culture and society, and considers central themes such as knowledge and power, knowledge and liberation. The diverse contributions tackle key questions such the globalization of social theory, identity and society in east asia, as well as issues such as biopolitics, social welfare and eurocentrism. They also examine dialogues along multiple trajectories between social theorists from the Euro-American world and from the Asian universe, such as between Kant and Gandhi, Habermas and Sri Aurobindo, the Bildung tradition in Europe and the Confucian traditions. Arguing for a global comparative engagement and cross-cultural dialogue, this is a key read for all those interested in the future of social theory in the wake of globalization and the rise of the global south.

Ananta Kumar Giri is on the faculty of the Madras Institute of Development Studies, Chennai, India. He has taught and done research at universities in India and abroad, including Aalborg University in Denmark, the University of Kentucky, USA, the University of Freiburg & Humboldt University, Germany and Jagiellonian University in Poland. His research interests lie in social movements and cultural change, criticism, creativity and contemporary dialectics of transformation, theories of self, culture and society, and creative streams in education, philosophy and literature.