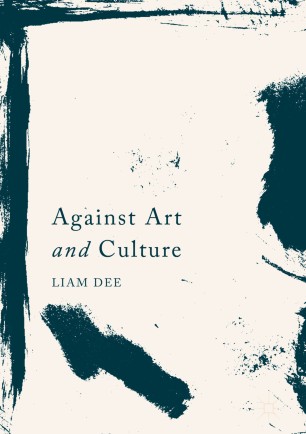 Against Art and Culture

Offering a negative definition of art in relation to the concept of culture, this book establishes the concept of ‘art/culture’ to describe the unity of these two fields around named-labour, idealised creative subjectivity and surplus signification. Contending a conceptual and social reality of a combined ‘art/culture’ , this book demonstrates that the failure to appreciate the dynamic totality of art and culture by its purported negators is due to almost all existing critiques of art and culture being defences of a ‘true’ art or culture against ‘inauthentic’ manifestations, and art thus ultimately restricting creativity to the service of the bourgeois commodity regime. While the evidence that art/culture enables commodification has long been available, the deduction that art/culture itself is fundamentally of the world of commodification has failed to gain traction. By applying a nuanced analysis of both commodification and the larger systems of ideological power, the book considers how the ‘surplus’ of art/culture is used to legitimate the bourgeois status quo rather than unravel it. It also examines possibilities for a post-art/culture world based on both existing practices that challenge art/culture identity as well as speculations on the integration of play and aesthetics into general social life. An out-and-out negation of art and culture, this book offers a unique contribution to the cultural critique landscape.

Art and Iconoclasm Art as Commodity Art and Popular Culture Against Art/Culture’ Solutions for a Post Art/Culture World Commodification, Art and Culture Art in Search of Negation the Concept ‘Art/Culture’

Liam Dee is an independent researcher who received his PhD in Critical and Cultural Studies from Macquarie University, Australia, in 2007. After a visiting fellowship at the Department of Cultural Studies and Comparative Literature in the University of Minnesota, he taught design history and theory at the South Australian School of Art, University of South Australia. He is currently a visiting fellow at the Humanities Research Centre, Australian National University, and also works for the Australian government in Canberra.

“A post art/culture analysis rooted in the utopian avant garde and borderlands of creativity, such as punk  … The book is sparky, lively, challenging of all sorts of shibboleths.” (Esther Leslie, Professor in Political Aesthetics, Birbeck University of London, UK)
Buy options