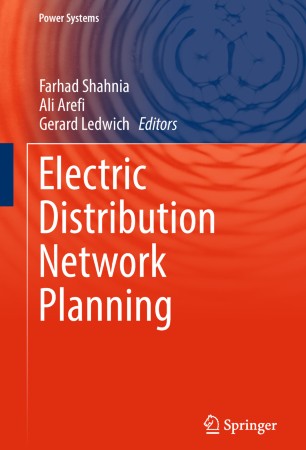 Farhad Shahnia received his B.Sc. and M.Sc. in Electrical Power Engineering with first class honor from University of Tabriz, Tabriz, Iran in 2004 and 2006, respectively and his Ph.D. in Electrical Engineering from Queensland University of Technology, Brisbane, Australia in 2011. He is currently a Senior Lecturer at Murdoch University since 2015. Prior to that, he was a lecturer at Curtin University, Perth, Australia in 2012-15, and a research fellow at Queensland University of Technology, Brisbane, Australia in 2011. His professional experience also includes three years at Eastern Azarbayjan Electric Power Distribution Company, Tabriz, Iran. He has published 4 books, 10 book chapters, and over 100 scholary journal and conference articles.

Ali Arefi received B.Sc., M.Sc., and Ph.D. in electrical engineering in 1999, 2001, and 2011, respectively. He is currently a Senior Lecturer at the School of Engineering and Information Technology, Murdoch University, Perth, Australia since 2016. Prior to that, he was a Lecturer and Research Fellow at Queensland University of Technology (QUT) from 2012 to 2015. He has also six years’ experiences with electric distribution industry and has been the consultant for 5 industry-funded research projects. He is an IEEE Senior member and a member of several IEEE Working Groups and Committee and Task Force. His research interests are in the areas of electric delivery planning, state estimation, power quality, and energy efficiency.