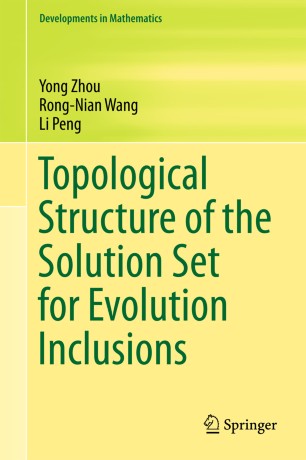 Topological Structure of the Solution Set for Evolution Inclusions

Part of the Developments in Mathematics book series (DEVM, volume 51)

This book systematically presents the topological structure of solution sets and attractability for nonlinear evolution inclusions, together with its relevant applications in control problems and partial differential equations. It provides readers the background material needed to delve deeper into the subject and explore the rich research literature.

Based on extensive research work conducted by the authors and other experts over the past four years, the information presented is cutting-edge and comprehensive. As such, the book fills an important gap in the body of literature on the structure of evolution inclusions and its applications.