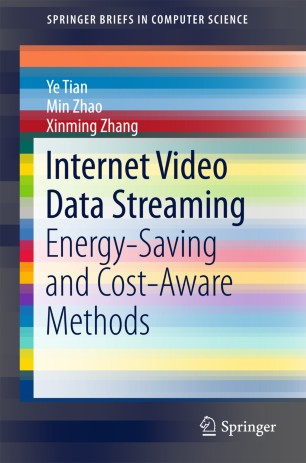 This book investigates the problem of reducing operating cost for a video streaming content delivery network (CDN), including both the CDN’s energy and traffic costs. It first introduces the key issues and design choices of representative real-world CDNs, and discusses the energy saving techniques for data centers and CDNs. Then, based on a measurement study on a large video streaming CDN, it reveals an inherent conflict between improving a video streaming CDN’s energy efficiency for energy saving, and maintaining the CDN’s ISP-friendly server selection policy. Further, it discusses a cost-aware capacity provisioning algorithm that not only allows the service capacity of a CDN’s server clusters in numerous ISPs to be dynamically planned, but also means that the overall operating cost, including both the energy consumptions and the cross-ISP traffics, can be further optimized. In addition it uses the workload derived from real-world measurement and also implements real values of the actual power and bandwidth prices to evaluate the capacity provisioning algorithm, showing that it can significantly reduce the overall operating cost of a video streaming CDN, and effectively avoid frequent server switches. Lastly, the book outlines a number of potential research directions regarding cost-aware content delivery. The measurement, analysis, and optimization methodologies and results presented in this book are of particular interest to researchers in the Internet and networking area.

Ye Tian received the bachelor’s degree in electronic engineering and the master’s degree in computer science from University of Science and Technology of China (USTC), Hefei, China, in 2001 and 2004, respectively, and the Ph.D. degree from the Department of Computer Science and Engineering, The Chinese University of Hong Kong, Hong Kong, in 2007. He joined USTC in 2008 and is currently an Associate Professor with the School of Computer Science and Technology, USTC. His research interests include Internet measurement, performance evaluation, future Internet architectures, and software defined networking. He is the winner of the Wilkes Best Paper Award of Oxford The Computer Journal in 2016. He is currently serving as a Young Associate Editor of Springer Frontiers of Computer Science Journal.