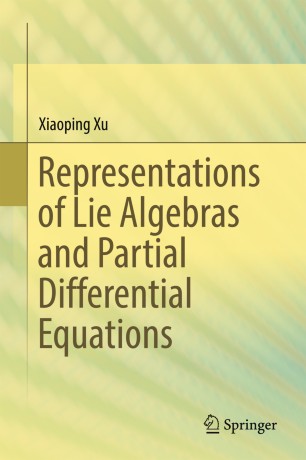 Partial differential equations play a key role in solving certain representation problems. The weight matrices of the minimal and adjoint representations over the simple Lie algebras of types E and F are proved to generate ternary orthogonal linear codes with large minimal distances. New multi-variable hypergeometric functions related to the root systems of simple Lie algebras are introduced in connection with quantum many-body systems in one dimension. In addition, the book identifies certain equivalent combinatorial properties on representation formulas, and the irreducibility of representations is proved directly related to algebraic varieties. The book offers a valuable reference guide for mathematicians and scientists alike. As it is largely self-contained – readers need only a minimal background in calculus and linear algebra – it can also be used as a textbook.