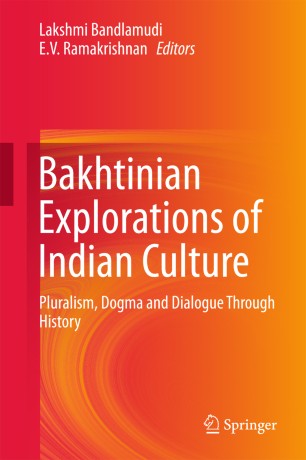 Pluralism, Dogma and Dialogue Through History

This volume, an important contribution to dialogic and Bakhtin studies, shows the natural fit between Bakhtin’s ideas and the pluralistic culture of India to a global academic audience. It is premised on the fact that long before principles of dialogism took shape in the Western world, these ideas, though not labelled as such, were an integral part of intellectual histories in India. Bakhtin’s ideas and intellectual traditions of India stand under the same banner of plurality, open-endedness and diversity of languages and social speech types and, therefore, the affinity between the thinker and the culture seems natural. Rather than being a mechanical import of Bakhtin’s ideas, it is an occasion to reclaim, reactivate and reenergize inherent dialogicality in the Indian cultural, historical and philosophical histories.

Bakhtin is not an incidental figure, for he offers precise analytical tools to make sense of the incredibly complex differences at every level in the cultural life of India. Indian heterodoxy lends well to a Bakhtinian reading and analysis and the papers herein attest to this. The papers range from how ideas from Indo-European philology reached Bakhtin through a circuitous route, to responses to Bakhtin’s thought on the carnival from the philosophical perspectives of Abhinavagupta, to a Bakhtinian reading of literary texts from India. The volume also includes an essay on ‘translation as dialogue’ – an issue central to multilingual cultures – and on inherent dialogicality in the long intellectual traditions in India.

E.V. Ramakrishnan is Professor Emeritus, School of Language, Literature and Culture Studies at Central University of Gujarat, Gandhinagar, Gujarat. He is an authority on South Asian comparative literature, and a bilingual writer who has published poetry and literary criticism in Malayalam and English. Among his critical books in English are Interdisciplinary Alter-natives in Comparative Literature (co-edited, Sage, 2013), Locating Indian Literature: Texts, Traditions and Translations (Orient Blackswan, 2011) and Making It New: Modernism in Malayalam, Marathi and Hindi Poetry (IIAS, Shimla, 1995). He has three volumes of poetry in English: Being Elsewhere in Myself (1980), A Python in a Snake Park (1994), and Terms of Seeing: New and Selected Poems (2006). He has over 150 published research papers in the areas of comparative literature, translation studies, South Asian studies, marginality studies and post-colonial literatures.