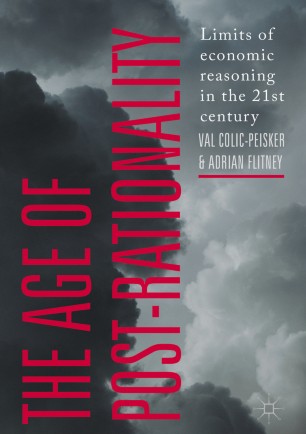 Limits of economic reasoning in the 21st century

This book challenges the hegemonic view that economic calculation represents the ultimate rationality. The West legitimises its global dominance by the claim to be a rational, democratic, science-based and progressive civilisation. Yet, over the past decades, the dogma of economic rationality has become an ideological black hole whose gravitational pull allows no public debate or policy to escape. Political leaders of all creeds are held in its orbit and public language is saturated by it. This dogma has pervaded all spheres of life, ushering the age of post-rationality, especially in English speaking countries. The authors discuss several aspects of post-rational global capitalism still dominated by the Anglosphere: hyper-competition, hyper-consumption, inequality, volatile global financial markets, environmental degradation and the unforeseen effects of the internet-mediated communication revolution. The book concludes by discussing some utopian and dystopian future scenarios and asking whether the West can transcend its crisis of rationality.

Val Colic-Peisker is an associate professor of sociology at Royal Melbourne Institute of Technology (RMIT University), Melbourne. She has previously worked as journalist, translator, radio-producer and free-lance author. She has published extensively in mainstream and academic media.
Adrian P. Flitney is a quantum physicist who makes his living as a share trader. This gives him considerable insight into the vicissitudes of both the universe and global financial markets. He has published widely in the field of quantum games.