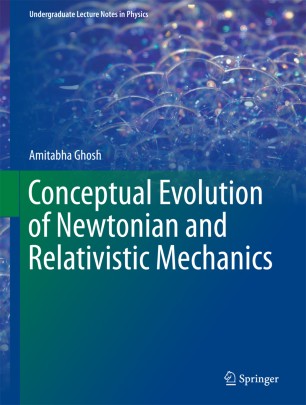 This book provides an introduction to Newtonian and relativistic mechanics. Unlike other books on the topic, which generally take a 'top-down' approach, it follows a novel system to show how the concepts of the 'science of motion' evolved through a veritable jungle of intermediate ideas and concepts. Starting with Aristotelian philosophy, the text gradually unravels how the human mind slowly progressed towards the fundamental ideas of inertia physics. The concepts that now appear so obvious to even a high school student took great intellectuals more than a millennium to clarify. The book explores the evolution of these concepts through the history of science. After a comprehensive overview of the discovery of dynamics, it explores fundamental issues of the properties of space and time and their relation with the laws of motion. It also explores the concepts of spatio-temporal locality and fields, and offers a philosophical discussion of relative motion versus absolute motion, as well as the concept of an absolute space. Furthermore, it presents Galilean transformation and the principle of relativity, inadequacy of Galilean relativity and emergence of the spatial theory of relativity with an emphasis on physical understanding, as well as the debate over relative motion versus absolute motion and Mach's principle followed by the principle of equivalence. The natural follow-on to this section is the physical foundations of general theory of relativity. Lastly, the book ends with some new issues and possibilities regarding further modifications of the laws of motion leading to the solution of a number of fundamental issues closely connected with the characteristics of the cosmos. It is a valuable resource for undergraduate students of physics, engineering, mathematics, and related disciplines. It is also suitable for interdisciplinary coursework and introductory reading outside the classroom.

Amitabha Ghosh completed his bachelor’s, master’s and doctoral degrees in Mechanical Engineering at Calcutta University in 1962, 1964 and 1969 respectively. After serving as a lecturer in Mechanical Engineering at his alma mater, Bengal Engineering College, Shibpur (now an Institute of National Importance – Indian Institute of Engineering Science and Technology, Shibpur) from 1965 to 1970, Professor Ghosh joined the Indian Institute of Technology Kanpur in January 1971 as an assistant professor and served as Professor of Mechanical Engineering there from June 1975 till his retirement in 2006.  From 1977 to 1978, Professor Ghosh was Senior Fellow of the Alexander von Humboldt Foundation at the RWTH Aachen and subsequently visited the university with a Humboldt fellowship many more times. He was director of the Indian Institute of Technology Kharagpur from 1997 to 2002. His primary areas of research are manufacturing science, robotics, kinematics and mechanism theory, and dynamics of mechanical systems. Professor Ghosh has written a number of textbooks, which are popular, both in India and abroad. He has guided numerous master’s and doctoral students and published a large number of research papers. He received several academic awards, including a number of Calcutta University Gold Medals, D Sc (h.c.), distinguished teacher award from IIT Kanpur and an award for excellence in research from the National Academy of Engineering. He is a fellow of all four national science and engineering academies in India.