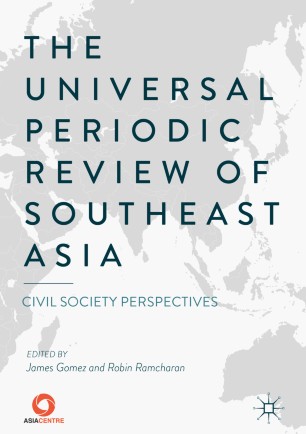 The research presented in this book provides a stakeholder analysis of human rights protection at a time when the region appears to be regressing into an insidious and deep authoritarianism. As political space shrinks in Southeast Asia, the book provides an insight into how civil society engaged with the Universal Periodic Review (UPR) of the United Nations Human Rights Council during the first (2008-2011) and second (2012-2016) cycles. Through evidence-based research, the authors in this volume identify gaps in human rights reporting and advocacy during the UPR, notably on civil and political issues such as the right to life, freedom of expression, freedom of religion and belief, extrajudicial killings, arbitrary detention and claims for greater autonomy. In short, The Universal Periodic Review of Southeast Asia: Civil Society Perspectives, highlights the need for more engagement on civil and political issues during the third cycle of the UPR in 2017-2020. Failing this, the UPR process risks being reduced to a platform where civil society only engages on issues that States are willing to cooperate on. If this is the case, Southeast Asia's democratic transition will suffer a long term set back.

James Gomez is a researcher and human rights advocate with over 25 years of international experience working for international NGOs, intergovernmental organizations, public and private universities, research institutes and think-tanks. He is presently Regional Director for Southeast Asia and the Pacific with Amnesty International. He co-founded Asia Centre and served as it's first Executive-Director.
Robin Ramcharan is a Professor of International Relations specializing in human rights and security issues in Southeast Asia.  He lectures at Thammasat University and Webster University in Thailand. He has previously worked in international development cooperation at the World Intellectual Property Organization.  He is a co-founder of the Asia Centre and presently serves as its Executive-Director.