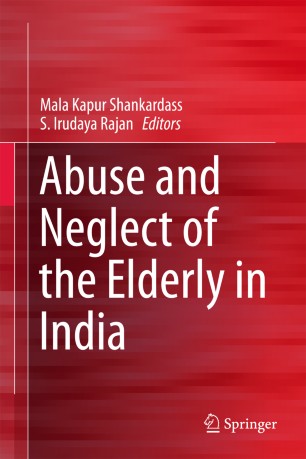 Abuse and Neglect of the Elderly in India

Mala KapurShankardass is Associate Professor at Maitreyi College, University of Delhi (South Campus), India, and holds a doctoral specialization in medical sociology and post-doctorate in ageing studies. In addition, she holds a diploma in gerontology from the International Institute of Ageing (INIA), Malta and in Demographic Aspects of Population Ageing. She is a Fellow of the World Demographic Association.
She was a panellist at the United Nations (UN) General Assembly on International Conference on Population and Development (ICPD) and at the Second World Assembly on Ageing, where a United Nations Fund for Population Activities (UNFPA) book was released with her chapter on ‘Voices of Older People in India’. She was part of the Technical Expert Group for International Plan on Ageing and was involved in developing the Research Agenda on Ageing for the UN Program on Ageing. She was invited by the Spanish Government to review the Implementation of the Mad
rid International Plan on Ageing in 2005. From 2004 to 2007 she was a Consultant with the United Nations Population Fund Country Support Team (UNFPA CST) for the project 'Ageing in Asia'. In 2007 she developed a Strategy Paper on Ageing for the UNFPA, and in 2008 she served as an Advisor to the world Health Organization South East Asia Regional Office’s Healthy Ageing program. Dr Shankardass has served as a Consultant to the International Institute of Ageing Studies, Malta; Colombo Plan, Sri Lanka; and Asia Training Centre on Ageing, Thailand. She was involved with the Formulation of the National Policy for Older Persons in India, and is a Member of the Core Group on Protection and Welfare of Elderly Persons, created by the National Human Rights Commission.
She publishes in reputed journals, magazines, newspapers and books. She authored the book ‘Growing Old in India: Voices Reveal and Statistics Speak’. She is Asia Representative of the International Network for Prevention of Elder Abuse(INPEA) and Member of the Editorial Board for the Journal of Adult Protection and the Polish Social Gerontology Journal.
S. IrudayaRajan is Professor at the Centre for Development Studies, Thiruvananthapuram, Kerala. Currently, he is the President of the Association of Gerontology (AGI, India) as well as Kerala Economic Association (KEA). He has three decades of research experience and has published extensively in national and international journals on social, economic, health and demographic facets of population ageing. He is the lead author of the book India’s Elderly: Burden or Challenge? (1999) and has edited the books Social Security for the Elderly: Experiences from South Asia (2008) and Elderly Care in India: Societal and State Responses (Springer, 2017). He developed the first longitudinal Ageing Survey in Kerala (India) in 2004; repeated every three years, it completed its fifth wave in 2016 and will enter its sixt
h in 2019. The second longitudinal Ageing Survey in Kerala started in 2013, completed its second wave in 2016 and will enter its third wave in 2019.
Professor Rajan has been involved in several projects on ageing funded by the United Nations (UN), United Nations Fund for Population Activities (UNFPA), World Bank (WB), International Labour Organization (ILO), Helpage International, South Asian Network of Economic Institutes, Indo-Dutch Program on Alternatives in Development (IDPAD), Shastri Indo-Canadian Institute and International Development Research Centre. He has also undertaken considerable research on international migration and is the editor of two series – India Migration Report and South Asia Migration report – as well as Editor-in-Chief of the journal Migration and Development.