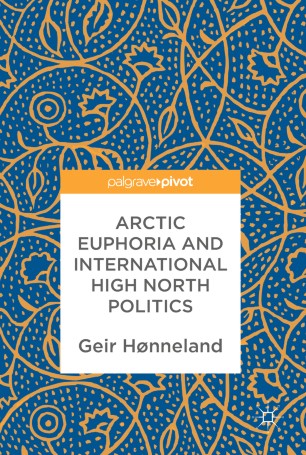 This pivot describes the ups and downs of Norwegian High North politics since the end of the Cold War. It considers how political interest in the Arctic has been growing rapidly in the international community as states stake their claim to areas of the continental shelf in the Arctic Ocean, and focuses on Russia’s actions, as the Arctic state with the longest shoreline and the only one outside NATO. The author argues that among the Western countries, Norway has the most extensive experience in tackling Russia in the Arctic, and the neighbourhood with the Russian Bear invariably shapes foreign policy, notably in matters of security, and how foreign policy concerns are intertwined with economic motives, be that hopes of access to the big Russian market or to the oil and gas fields on the Russian Arctic shelf. To achieve the combined goal of security and business, the Norwegian Government has regularly orchestrated “Arctic waves” to direct the attention of local, national and international politicians and businesses to the alleged opportunities of the North. In this book, the author takes us through “the Great Barents Awakening” of the 1990s, “the Great High North Enchantment” of the early 2000s and recent years’ “Arctic wave” in Norwegian foreign policy.

Professor Geir Hønneland is Director of the Fridtjof Nansen Institute, Norway. He received his PhD in political science from the University of Oslo in 2000, and full professorship competence in 2004. He also holds a position as Adjunct Professor at the University of Tromsø, where he teaches Arctic and Russian politics.