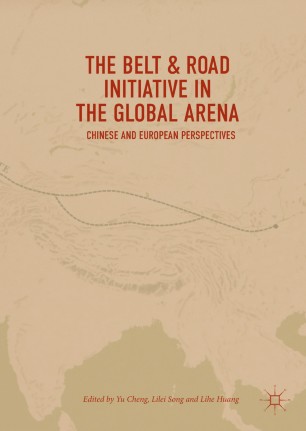 The Belt & Road Initiative in the Global Arena

This book is among the first to systematically analyze and discuss the Chinese government's“One Belt, One Road” initiative to promote infrastructure investment and economic development, bringing together a diverse range of scholars from China, Russia, and Eastern Europe. The book assembles a package of next generation ideas for the patterns of regional trade, investment, infrastructure development, or next steps for the promotion of enhanced policy coordination across the Eurasian continent and strategic implications for EU, Russia and other major powers, introducing innovative ideas about what these countries across belt and road can do together in the eyes of the young generation. This book will be of interest to scholars, economists, and interested observers of the international impact of Chinese development.

Lihe Huang is Lecturer and Deputy Head of English Department at Tongji University, China. He has published widely in linguistics and higher education, and undertaken several research projects granted by different institutions. He is a Humboldt Fellow of the Germany-based Alexander von Humboldt Foundation.