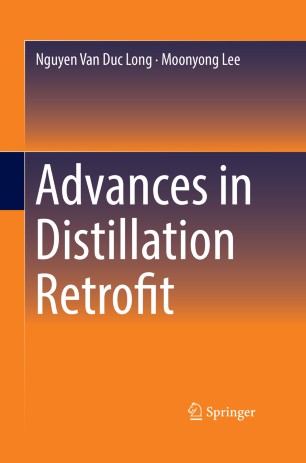 As a thermal separation method, distillation is one of the most important and widely used technologies in the chemical process industry. While it has many advantages, one major drawback is its large energy requirement, which can significantly influence overall plant profitability. The increasing cost of energy has forced industry to reduce its energy requirement, but simultaneously there has been a need to increase capacity and output due to heightened demand. To accomplish this, the retrofit of distillation processes to increase efficiency and output has become a crucial issue. This book describes the use of advanced process integration and process intensification techniques to carry out effective distillation retrofit.

Written by leading researchers in distillation process, process integration, process intensification, and process retrofit, the book presents a comprehensive review of contemporary advanced distillation techniques which can be employed in grass-root systems and retrofit. It is a valuable source of information for undergraduate and postgraduate students of chemical engineering, practicing process designers and chemical engineers.

Moonyong Lee has been a professor at Yeungnam University, School of Chemical Engineering, since 1994. Before joining the university, he had worked as Senior Process Engineer in  SK refinery and petrochemical company for 10 years. He has an MSc and a PhD in Chemical Engineering from KAIST. Since entering the university, he has worked on many industrial projects related to process modeling, design, and control. His current research areas are design, modeling, optimization, and control of various energy and chemical processes (especially distillation based separation processes). He is the author of over 150 publications in international journals and the recipient of the GoMyeungBok Scientific Award from ICASE (2006) and Conventional Chemical Engineering Special Award from KIChE (2013).