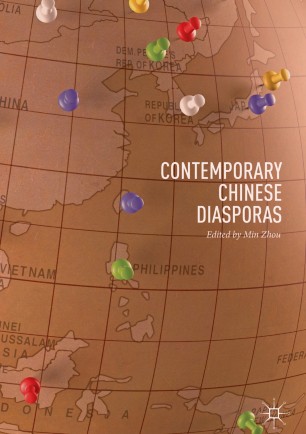 This book focuses on International migration among the Chinese long before European colonists set foot on the Asian continent. It reveals why the Chinese moved across sea and land, seasonally or permanently, to other parts of Asia and the rest of the world to pursue economic opportunities and alternative means of livelihood. Emigration from China ebbed after World War II, but has surged again as China implemented its open-door policy in December 1978. Since then, massive waves of Chinese migrations have pushed onto the shores of all continents of the globe with little sign of slowing down, giving rise to new Chinese migrant communities in both traditional and contemporary migrant-receiving countries. This volume addresses the new Chinese diasporas around the world, offering a snapshot of the cosmopolitan and shifting nature of Chinese population dynamics from the perspectives of anthropologists, geographers, historians, sociologists, and scholars of international studies.

Min Zhou is Professor of Sociology and Asian American Studies, Walter and Shirley Wang Endowed Chair in U.S.-China Relations and Communications, and Director of the Asia Pacific Center at the University of California, Los Angeles, USA. She is also Tan Lark Sye Professor of Sociology at Nanyang Technological University, Singapore. Researching migration and development, racial/ethnic relations, ethnic entrepreneurship, and diaspora studies, she has been publishing well-received academic studies in these areas since 1989.

“A collection of essays from the International Symposium on the Formation and Development of New Chinese Diasporas, this is an important title in the emerging scholarship of Chinese diaspora and migration studies. … Summing Up: Highly recommended. All academic levels/libraries.” (D. A. Forbes, Choice, Vol. 55 (8), April, 2018)
Buy options