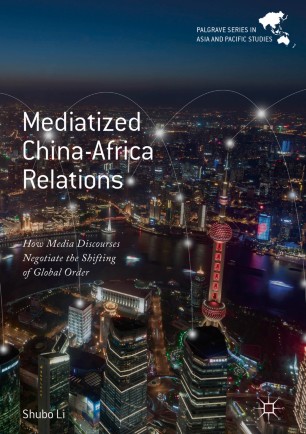 How Media Discourses Negotiate the Shifting of Global Order

This cutting edge book explores the role of the media in the highly disputed area of China-Africa relations, notably how various aspects of the issue have been portrayed, negotiated and contested in media and academic discourses across China, Africa and the West. As Africa’s biggest trading partner and creditor, China explores Africa not only as a marketplace for importing primary commodities and exporting manufactured goods, but also as a preferred testing ground for its media and telecommunication sector aspiring for further internationalization.

At a time when the influence from Global North has been on the wane in the continent,  emerging powers are regarded as new inspirations for Africa’s development. China in particular tries to bolster multipolarity in Africa by factoring in media influence and facilitating the digitalization process of the continent. This book offers an up-to-date geopolitical analysis of China-Africa, examining the role of communicati

on and telecommunication in the power shift, especially in constructing social and cultural realities in which the idea of “development” has been recurrently redefined and negotiated in the public domain. This volume tackles the issue from the new perspective of mediatization, considering how the media on the one hand shapes public opinion with its narratives and a logic of its own, and on the other hand simultaneously becomes an integrated part of other institutions like politics, trade, business as more of these institutional activities are performed through both interactive and mass media.