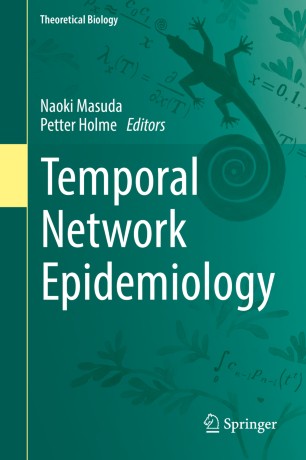 This book covers recent developments in epidemic process models and related data on temporally varying networks. It is widely recognized that contact networks are indispensable for describing, understanding, and intervening to stop the spread of infectious diseases in human and animal populations; “network epidemiology” is an umbrella term to describe this research field.

More recently, contact networks have been recognized as being highly dynamic. This observation, also supported by an increasing amount of new data, has led to research on temporal networks, a rapidly growing area. Changes in network structure are often informed by epidemic (or other) dynamics, in which case they are referred to as adaptive networks.